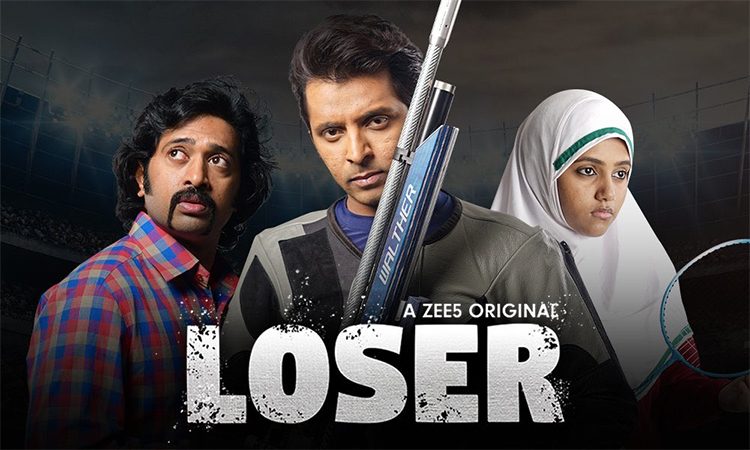 Skin and swear: Contains many instances with strong language

Suri Yadav is a promising air rifle shooter from (united) Andhra Pradesh who struggles to make ends meet. Pallavi, the daughter of his coach and his girlfriend, remains the pillar of his support. Even though Suri clears every eligibility criterion to represent the State for the national tournament, the lack of adequate financial support undermines his efforts. He’s asked to ready a sum of Rs 5 lakh to bear the expenses for the tournament. In another thread set in the 1980s, a temperamental cricketer Wilson is only a few steps away from being selected for the national cricket team, though destiny has other ideas. Another story revolves around a teenager Ruby Shabana, a budding badminton player, trying to find a meeting ground between her love for the sport and the conservatism breeding within her family. How do the paths of Suri, Wilson, Shabana cross each other? 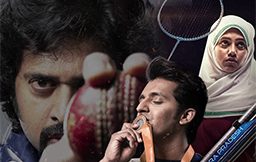 Priyadarshi is a natural with his screen presence and his effort to lend authenticity to his portrayal of a sportsperson. However, the lacklustre material doesn’t do any justice to his potential. Kalpika Ganesh makes a sincere attempt at internalising the disappointment of a sportsperson who doesn’t get her due. Pavani, despite the one-note characterisation, showcases the rare element of earnestness in a show as bland as Loser. Abhay Bethiganti is strictly okay. Shashank is much better in his younger portions than his older appearance – there’s no layer to his character and the later transformation doesn’t feel organic at all. Komalee Prasad has arresting screen presence though her stereotypical characterisation is a letdown. Rajanna-fame girl Annie is passable while she lasts and so is Satya Krishnan. Banerjee and Keshav Deepak don’t have anything meaty to offer.

Loser is a show that pays heed to the sacrifices of the many unsung heroes behind one success story. The story idea of the sports drama is extremely well-conceived and the director Abhilash Reddy finds interesting ways to tie up the multiple subplots into a single unit. It suggests that sportsmanship is a lot about what happens beyond the field – about having some integrity and not compromising on your stance (provided it’s for the right cause), come what way. However, the sincere intentions don’t often reflect in a narrative that’s ridden with a barrage of clichés. Though the overall story has its heart at the right place, the film making is extremely amateurish and even ridiculous at places. 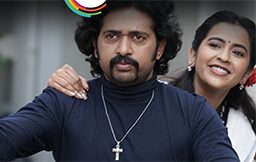 There’s no concrete effort to establish the many sports backdrops with minimal authenticity. Everything in the setting appears sketchy in terms of detailing. A young Suri is merely bombarded with value education-speeches by his coach who keeps repeating words like ‘focus’ ‘concentration’ and ‘motivation’ – nearly every motivational term in a dictionary but for the sport. It’s a shame that a show labelled as a sports drama doesn’t care to flesh out the various nuances of the many types of sports it discusses.

The drama appears to be the director’s strength, but a lot of questions remain unanswered (that could have given depth to the narrative). How does an air rifle shooter build and sharpen his technique over time? How does a badminton player adapt herself according to various courts? How does a cricket player realise that he’s part of a team sport? The protagonist’s journey within the sport they choose is almost robotic – it’s as if Suri was born with a gun, Ruby had a badminton bat and Wilson had a cricket ball in their mother’s wombs. They’re shown to be the masters of their craft without any effort, as though the public acknowledgement is a mere formality waiting to happen. What exactly were the makers thinking? 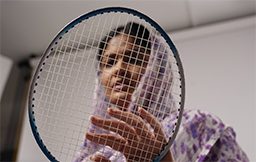 Suri has to prepare for a national tournament and here, he idles away time wooing his girlfriend and discussing philosophies with the banker who grants him a personal loan. The idea of a conservative Muslim family is very twisted too – the father keeps reiterating that his daughter must represent Pakistan and bring wealth to his family. A few moments before, he is trying to get his 16-year-old daughter married to a 37-year-old man who’s well acclimatised with the same nation in its length and breadth. The trope of associating religion with nationalism is something the narrative pointlessly meddles with. Presenting the younger brother as a spoilt brat who falls prey to drugs is such a done-to-death cliché. The vagueness with which the selection process of a sport is depicted is laughable.

It’s relieving that the show doesn’t craft its female character Pallavi merely as a victim of abuse and gives her an identity and some element of strength. There are striking references to films like Jersey and Dear Comrade in a lot of instances though. The idea of Suri practising his sport at the same arena where Ruby had learnt badminton in the past is a wonderful way to blend their lives. Sparks like these in Loser are far few and between. Though you would want to honestly appreciate its attempt to intertwine the lives of three sportspersons across three timelines seamlessly in a four-hour-long show, it’s obvious that the makers lack the conviction in the story telling themselves. 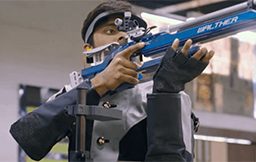 The songs and the background score of the show are certainly its strengths – they enhance the impact of the various situations and are laced with impressive melodic value. The production standards, given it’s a product coming out of Annapurna Productions, are even more disappointing. The backdrops look extremely repetitive and hardly do justice to the story. The work of the cinematographer is rather modest and better pacing could have gone a long way in bettering the viewing experience.

Amateurish storytelling minus any nuance

Too many stereotypes with the characterisation