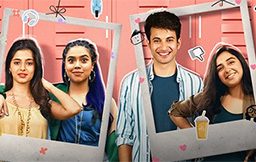 Dimple (Prajakta Koli) is from a typical middle-class family where her mother’s only dream to get her daughter married as soon as she is of the age. But, she is a tech wizard and dreams of creating an app.  Rishi (Rohit Saraf) is from a wealthy and affluent family who has seen the troubled marriage of his father. He wants an old school romance and marriage with a simple girl who has no fake airs.

How the two unique worlds of Dimple and Rishi collide at a summer vacation camp? What happens when the two start on an extremely wrong note? Where does their relationship end is what the series is all about? 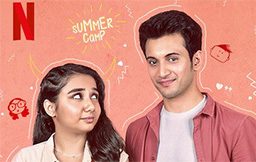 Mismatched is headed at the top by Prajakta Koli and Rohit Saraf. They are the principal leads, but many other actors get equally exciting parts.

Coming back to the leads, Prajakta and Rohit are apt for the respective roles they are given. Also, they help the story with their appearances alone. But, that is not it, and they do well acting-wise too.

Prajakta portrays the feisty and spirited nerdy girl to maximum perfection. She entirely looks the part and does it justice. The dialogue delivery and the spontaneity while delivering it helps her give a solid impression. The character is slowly built, and the drama unfolds towards the end, where she is fine. 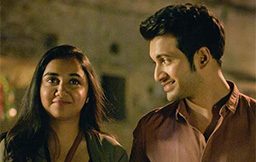 Rohit Saraf plays a contrasting character to Prajakta. He is like ice to the fire of her. It is calm, composed and understanding. But, when the time comes, Rohit too shows that he could show his rage. The last part is what makes his character stronger and likeable by the end.

Most of the cast comprises of teenagers, and they are selected well for their parts. They are clichés we usually see in teen dramas. Without even uttering a dialogue, we understand how the role is going to turn out. Even if the character is routine, the actors still have to live the part, and everyone does it well.

Muskkaan Jaferi as the tomboy, Taaruk Raina playing the rough and tough guy with internal pain, fits the roles, and expresses the right emotions in crucial scenes. Vihaan Samat is the quintessential NRI kid. The ease with which he goes through the part makes it attractive. As the snooty social media-obsessed and the soft-spoken always loving girl with a secret, Krithika and Devayani are adequate for their roles. 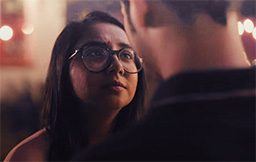 The latter especially is superb in the climax. The teacher role by Rannvijay Singh is another addition to the lovable portrayal of the profession on the ‘small’ screen. Vidya Malavade neatly enacts the senior (in age) struggling to fit in with the youngsters, role. The uniqueness in their characters and enough moments make them register. They do it with ease.

Nipun Dharmadhikari and AkarshKhurana direct the series. The duo seems to be well versed with space. They go the predictable tropes of a collage based story with confidence and ease as if they are in total command.

The opening episode itself sets the ball rolling in the series’ favor. We get presented all the clichéd characterization with fun and enjoyable moments. The tinge of drama is also mixed well to give us an idea of what lies ahead. Also, a sense of cacophony is felt, which weakens the narrative in later parts. It is all there. 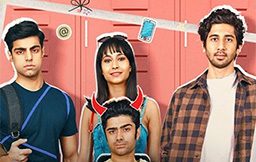 Once one is set and okay with the world created for Mismatched, it is a smooth and fun-filled ride until the end. Well, it is not all fun, and there are a few emotional scenes as well, in the process.

The various actors and their pairing are slowly but neatly paced and developed. The whole thing follows a predictable path, and we can’t stress it enough, but the actors and writing make it watchable. The few fresh moments are icing on the cake.

To be more precise, Mismatched is in the Jo Jeeta Wahi Sikandar kind of terrain, but with everything told in a modern lingo and set up. So, we have an online battle instead of cycling, a unique one-sided love story keeping up with the times and so on. Of course, it may be a fresh packaging for Indian sensibilities (even here we have a few movies), but most of it is borrowed from the English teen rom-coms or the campus stories. If one follows them, Mismatched may further have only a tiny ‘fresh’ element in it. 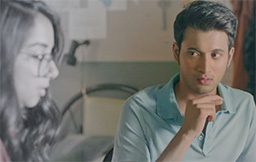 In the season of six-episode, it is the middle portions that drag a little bit. The whole thing appears to move slowly and routinely. The track involving Celina and Namrata is an example. It is mostly the same as the lead pair. However, the ending makes up for both these essential tracks. The emotional moments have come out well. It also makes one eager to look forward to what happens next? We have to wait for the next season to know that, though.

Overall, Mismatched is a harmless fun outing that achieves what it set out to do –entertain with an emotional touch involving a bunch of teens. It is very routine and full of clichés, but the casting, writing and slick execution make it work. 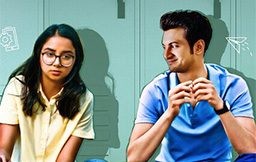 The music is lovely throughout. It adds to the mood of the proceedings. The cinematography by Milind Jog and Avinash Arun is fine. The backdrop of Rajasthan gives them a great canvas to make the whole thing look rich. The editing Sanyukta Kaza and Namrata Rao are okay.  The writing by Gazal Dhaliwal, Sunayana Kumari and Aarsh Vora is good. They present the typical youth conversations and emotions decently.

Right Mix Of Fun and Emotion

Drags A Bit In The Middle Portions

Yes, Keeping The Genre In Mind