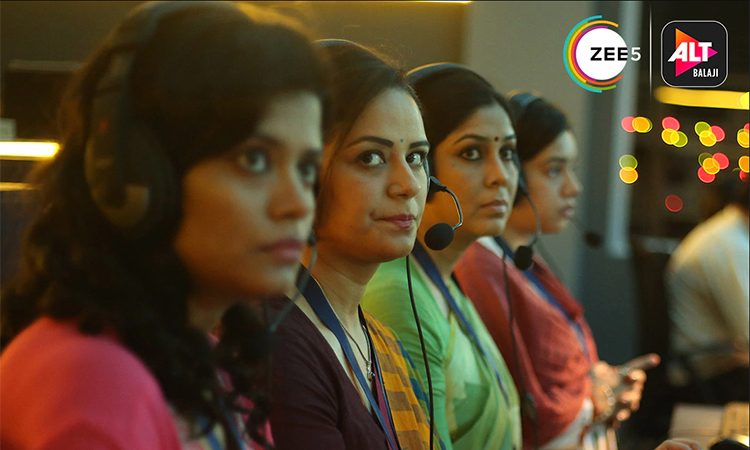 After the success of a film revolving around India’s Mars Orbiter Mission, the digital medium gears up to witness another fictional take on the faces behind the country’s momentous space project. The tale’s focus is predominantly on the women who’ve made their presence felt in the mission – including Nandita Hariprasad, Moushmi, Neetu Sinha and Meaghan Reddy, who juggle between their professional and personal setbacks with much gusto. They’re headed by Muralidharan, who stands by their side like a rock and supports them at instances where there’s seemingly no hope. Mission Over Mars is the success story of the mission filled with various twists and turns. 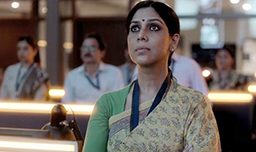 Sakshi Tanwar, playing the project director Nanditha, is the star of the series beyond a doubt. She remains composed and is a calm head through tense moments in the series. More than the spaceship, it’s her portrayal of a mother and how she deals with a rebellious teenager-son that catches your eye. The generally dependable Mona Singh, surprisingly, is a big letdown with her showy, over-the-top performance. It’s tough to decide what’s more irritating – her performance or her character.

The series is consistent in its aim of staying true to the lives of women behind India’s ambitious space project. A viewer is completely immersed in the stories of the women from diverse backgrounds, age-groups who come with gripping backstories and have edgy conflicts to deal with, at work and home. The actors are aptly cast and the director Vinay Waikul is successful in giving us a peek into their world with honesty.

However, where the makers completely lose the plot is the exaggeration in the treatment of the story. Minor family conflicts, workplace hassles are portrayed to be a matter of great concern. Every episode in the series becomes a statement about gender. Though discussions about gender-parity need to exist in a show of this nature, one needn’t portray 70% of the men as apparent villains in the lives of women and those who are completely insecure about a woman’s success. 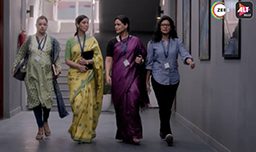 Every woman character returns to the house after a tough day at work and shouts on top of her voice that she’s the country’s best scientist and she is doing a great service to the country. While the point is undisputable here, these are aspects that are effective when they are shown and not necessarily told or spoonfed. A scientist trying to judge her Tinder date by measuring his IQ and flair for science is also taking things a tad too far.

Some of the debates surrounding the mission too are downright silly – among a few are the scientists mentioning that a trip to the Mars will only cost Rs 7 per km (which was only mentioned by the Indian PM after the success of the mission), the blackmailing of the politicians to ensure the funding for the mission, how it will help a ruling party with the Lok Sabha elections, how ISRO’s aims are repeatedly compared to that of China’s space programs and their worth is diluted.

To give credit where it’s due, the special effects surrounding the mission are extremely authentic. And one truly gets an idea of the pressures that a scientist tackles daily. Despite its problems, M.O.M is reasonably engaging across all its eight episodes. It certainly merits a one-time watch, even though there’s nothing jaw-dropping or spectacular about it.

The younger lot of actors make a decent impression. Nidhi Singh, in a role that’s more or less similar to that of Nithya Menen’s in Mission Mangal, comes up with charming and a confident portrayal of a scientist, who doesn’t want to compromise on work and motherhood at the same time. Palomi Ghosh, in what appears to be a character with a certain OCD, shows progress as a performer after Typewriter. Veteran actor Ashish Vidyarthi is rather dull in a role where he’s given unnecessarily cheesy lines about India’s national pride, which provides more unintentional humour than situational relevance. 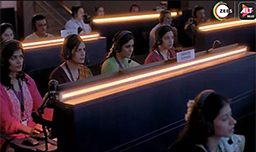 The scope for music in this series is restricted to the background score and it does the job well in critical junctures. However, utilising popular film songs in the middle of the episodes appears slightly jarring. In terms of the visual experience, graphics and special effects, M.O.M’s efforts are very effective and impactful. The scale, if not on par with a feature film, at least fulfils the aims of the story adequately.