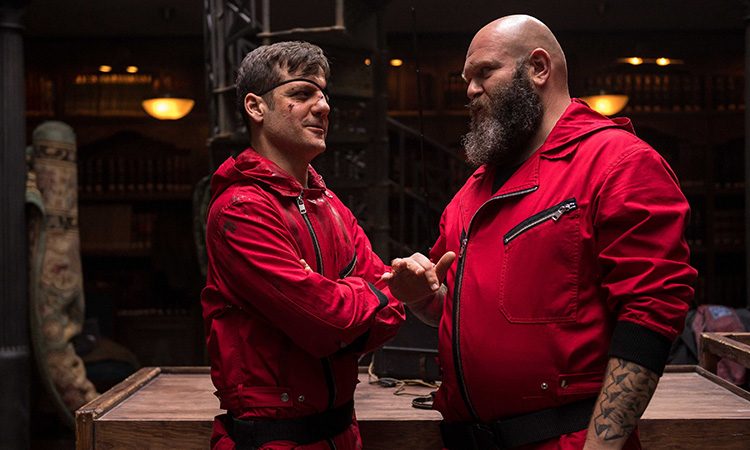 BOTTOM LINE: Thrilling And Entertaining All The Way

As the police capture Rio (Miguel Herran), the gang is once again assembled by The Professor (Alvaro Morte) for his rescue. But, the pan is much bigger than bringing Rio back. It involves a robbery that will shake the Spain government.

Not only that, The Professor (Alvaro Morte) intends to end the living in exile of all the members. How will he accomplish all that? What is the trouble he faces in the process is the basic premise of the third part of the series La Casa De Papel, aka Money Heist? 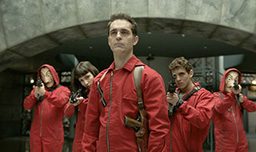 Alvaro Morte as The Professor is back in his elements and takes us through a nail-biting and nerve-racking tension-filled journey. As the audience, we are entirely convinced with his act of the mastermind, and it successfully guides us through the many unexpected thrills that are on offer, as a result.

The geeky, nerdy yet intellectually sexy vibe has been nailed to perfection by Alvaro Morte. It is so effective that when we see him in other attempts, or anywhere else acting normal, we only imagine The Professor’s body language automatically.

Of course, it is not just the intellectualisation, but various other emotions like restlessness, frustration, romance, anger and pain are also portrayed equally well. The rage towards the end, for example, is a new dimension and he is brilliant at it. As there is more to come, we look forward with great eagerness towards it.

Jesus Colmenar, Koldo Serra, and Alex Rodrigo have directed the series which is created by Alex Pina. The direction is consistent across the third part which comprises of eight episodes.

The first thing that comes to our mind having watched the previous two parts is the scale and visuals of the show. The third part gives the effect of a grand Hollywood heist thriller visually. It gives the impression that it has been mounted on a big scale. It works well with the plot, which also involves a grand robbery.

But, the real good news is the makers haven’t lost sight of the narrative because they have become ambitious in the making. They have, in fact, raised the ante on the story and stakes as well. The fun is still there, and the twists keep coming. 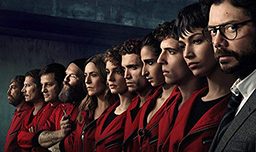 Another aspect where one can feel the change is pacing. The initial episodes of the first part gave an impression of slow-burner thriller, whereas it is much faster now, and defining how a fast-paced thriller should be. Again, it doesn’t feel that rushed and proper time is given to truly enjoy the moment and let the narrative and characters action sink in.

The back and forth screenplay from the first two parts is continued here as well. It is here that the series scores and uniqueness of Money Heist lies. The Professor compares the action to chess moves, which is how the narrative takes place. The gang of thieves headed by The Professor is on one side, and the police are on the opposite. The game of one-upmanship, cat and mouse between them, is what holds everything together and thrills the audience. It also helps there is a strong protagonist on either side to make the whole thing smashing.

At times, the same screenplay structure makes the proceedings predictable. It’s when we are truly immersed in the world of the characters and start to think on those lines; some happenings could be guessed. But, credit to the directors to holding the attention despite the possibility of such occurrence.

The narrative takes places in multiple timelines in a back and forth manner. The core heist, the plans are connected between the past and present neatly. What went behind the robbery are and how they are getting executed is showcased engagingly through this non-linear screenplay.

Then there is the emotional core at the centre of the whole heist. The personal interaction between various characters and how it leads to the decisions that ultimately matters is well thought out. The underlying romance has clichés galore, but the acting and conversation make it fun to watch.

One can also see that different talk the gang involves in consists of topics that are most discussed in a general sense and have global appeal. Each character brings controversial issues like the one involving the “Vegan” topic, or the “Gay-sex”, and so on. It makes the non-heist sequences spicier in addition to all the drama going on around the robbery.

The ending is massive and will make those who have seen the third part, restless. It is a proper “interval-bang” in Indian cinema terms.

Overall, Money Heist part 3 has all that the makers promised, and viewers expect from a thriller. It offers edge of the seat entertainment with grand making and robust and relentless drama. It is, therefore, highly recommended.

It always helps that each artist in a project has a well-defined part. In an ensemble cast that gets various actors to register quickly. The fact that despite the presence of so many names, each one stands out, and is remembered by his or her onscreen name; it is a testimony to the power of writing and performances, individually.

Each of the actors has been remarkable; however, big or small roles they have got. Some of their actions will be questioned like Tokyo’s (played with a sinister delight by Ursula), or Palermo’s (a commanding act by Rodrigo de la Serna). A Najwa Nimri will make every one detest her despite being on the right side. Itziar Utuno as the true lover who turns over her life and expecting the reciprocation is superb in convey the mixed feelings. Most of the recurring actors carry over the energy and enthusiasm from the first two parts.

The music of the series is highly appreciated and loved all over. A couple of the tunes are retained, but the freshly picked ones too gel well with the narrative. They add to the overall appeal. The cinematography Migue Amoedo is fantastic. The editing is excellent more so because a poorly edited effort would have made Money Heist a mess of epic proportions. The writing, as mentioned previously, is brilliant.