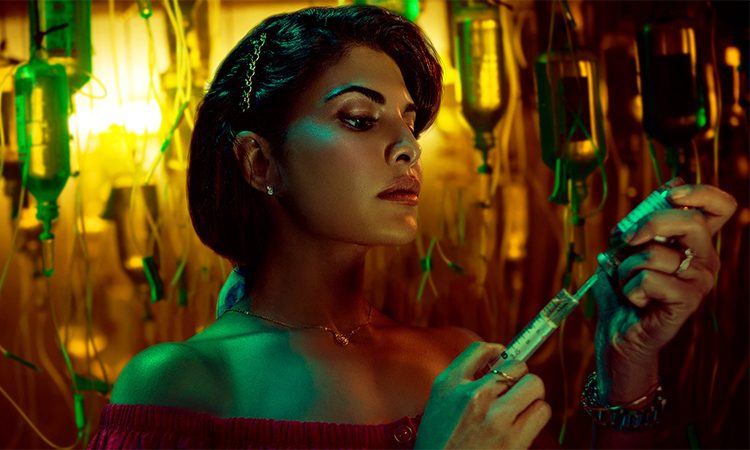 BOTTOM LINE: A Thriller That Makes a Mess of Its Fascinating Setup

Mrityunjoy Mukherjee is one of the more popular, revered gynaecologists in the town, happily married to the love of his life Sona, and is set to become a parent soon. In an unbelievable turn of events, the medico is held responsible for the murder of five pregnant women, allegedly buried in the vicinity of the hospital. Imran Zahid, the cop and Sona’s ex, has clear evidence to suggest Mrityunjoy’s involvement in the crime. Sona, with the help of advocate Rastogi, is ready to go to any length to prove her husband’s innocence. Does she fulfil her motive? 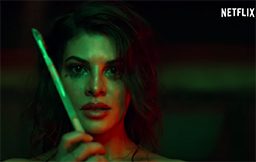 Manoj Bajpayee is the saving grace of the film by every stretch of imagination. Playing a character with a peculiar motive, he gives an innate identity to the part with his terrific histrionics and expressional range. His portrayal reminds you a lot of his character in Ramgopal Varma’s Kaun, but the similarity is no deterrent to the impact of the performance – the climax is proof of his skill. Jacqueline Fernandez has made a sincere effort to lend vulnerability to a role with a few grey shades. Other roles, however, are very poorly established – be it Mohit Raina, Zayn Marie Khan or the disappointingly one-note Darshan Jariwala.

Mrs Serial Killer is a classic case of how to ruin a fascinating one-liner when it shapes into a full-fledged script. The premise of a wife trying to commit a crime to prove the innocence of her husband promises to be a weirdly interesting idea of loyalty – it is extremely surprising and disappointing how Mrs Serial Killer digs its own grave after a superb start. The basic issue with many homegrown psycho-thrillers is the way they attribute a motive to the serial killer – they make the working of the human mind feel so simplistic. Everything boils down to a mere flashback that doesn’t do any justice to their characterisation. It’s like telling the viewer ‘we know how dumb you are’.

You expect the film to bank on its idea and wait for the surprise or the key revelation to land well – yet, when it ultimately happens, you’re only left with a sense of disbelief. The film takes a turn for the worse since then. The killer’s identity is not only utterly predictable but also the narrative is too contrived to engage you beyond the revelation. The ending as an idea is brilliant and extremely original on a paper level, though it isn’t staged with the visual finesse it ought to have been done. Minus the performance of its key actor, one wonders how the sequence would have turned out at all. 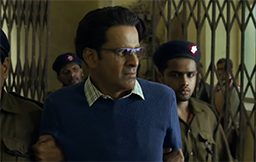 How would have Mrs Serial Killer fared had it positioned itself as a courtroom drama and not a crime thriller? It may have earned itself a great chance to explore its characters on a deeper level. The director Shirish Kunder, however, doesn’t give the courtroom drama that value in this outing – it’s a backdrop that feels perfunctory at best. The filmmaker did miss a trick by not fleshing out anything about the equation between Mrityunjoy and his advocate Rastogi.

The basis to most relationships in the film is otherwise hazy too – you never get to know any of its characters properly. It’s a reason why the viewer is likely to be indifferent about the entire setup. Mrs Serial Killer is very half baked in its writing and deserved to be complex for the story it wants to tell. Why did Shirish Kunder opt for an original instead of a web series? It is a million-dollar question because the 105-minute duration makes it vague. The killer’s love for cinema comes through only in the climax – it’s an extremely interesting dimension to the character, but it arrives too late for you to appreciate/tolerate it. Mrs Serial Killer is all over the place and a massive disappointment, given its promising lead cast and even a better premsie. 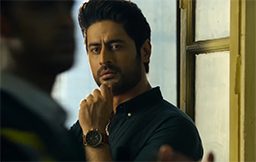 Shirish Kunder, the composer, does a surprisingly efficient job with the background score. The use of music in the final act is extremely innovative – it’s an ode to the filmmaking craft itself with the way it uses its lights and soothing melody amid a dark setting. The film’s visual backdrop is restricted to a few locations and set pieces, but the use of hues as part of the culprit’s characterisation is one of the better aspects to emerge out of a rather disappointing effort. The dialogue is very basic, sometimes vague and even old-fashioned. The structuring the film is messy and the thrills don’t generate any element of intrigue/excitement either.

The early revelation of the killer’s identity