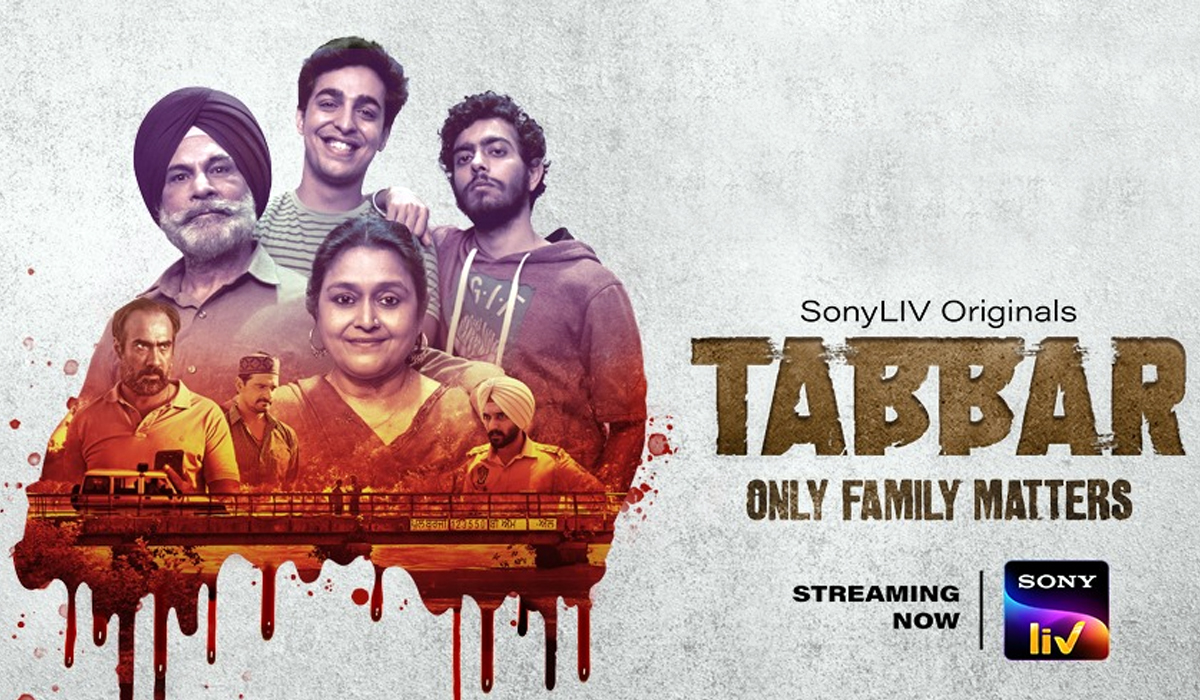 SonyLIV’s latest original show, ‘Tabbar‘ centres on the Singh family, comprising of Omkar Singh (Pavan Malhotra), his wife Sargun (Supriya Pathak) and sons Happy (Gagan Arora) and Tegi (Sahil Mehta). A chance run-in with the brother of an influential builder turned politician Ajeet Sodhi (Ranvir Shorey) leads to a chain of increasingly dangerous events for the Singhs, culminating in a devastating end that none of them bargained for.

Tabbar is produced by Ajay Rai under his banner Jar Pictures, directed by Ajitpal Singh and created by Harman Wadala.

‘Tabbar‘ is an out and out Pavan Malhotra’s show all the way. No one, not even seasoned artists like Ranvir Shorey and Supriya Pathak, is able to tear away viewers’ attention from him. He has few dialogues in the narrative, yet his performance and screen presence do the talking for him.

The next performer to grab the lion’s share of audience attention in Tabbar is Paramveer Singh Cheema. His Lucky is understated, yet embellished with just the right amount of histrionics where required. Gagan Arora and Sahil Mehta are good as Omkar Singh’s two sons with shades of grey. Supriya Pathak and Ranvir Shorey’s characters are a tad disappointing for fans of the two stellar actors. The rest of the cast does their job well.

‘Tabbar’ means family in colloquial Punjabi and North Indian Hindi. It is aptly symbolic of the narrative of the series, depicting the length that the family patriarch can go to safeguard the interests of his family.

Tabbar starts off really well. The first episode excellently builds up the direction that the plot will take in the later episodes. The next two episodes are also done well, entrenching a palpable fear and sense of foreboding to the narrative. The fear is so thick at this point in the plot that you can cut it with a knife. Each step of the story fills the viewer with dread at the next turn of events, as worries for the Singh family mount every minute. Shakespearen symbolism, the recurrent appearance of a cawing raven, Macbeth-esque bloodied hands and the like add to the intrigue.

Thereafter, the story takes a dive and starts to go downhill. The sense of fear dissipates into thin air (for us, the viewers), and the narrative starts to feel repetitive and monotonous. The plot is also riddled with loopholes and implausible plot points, which rankle a bit. Ranvir Shorey is saddled with a role that is all bark and no bite, which takes away from the initial ferocity of the plot somewhat. The story also drags and dips after the first few episodes. The flashbacks incorporated into the story are redundant and drag the story down further. A sharp and crisp screenplay would have helped Tabbar to rise several notches above in the rating we’ve given it.

That said, Tabbar is a well-made, well-performed and well-conceived show. The story is refreshingly different from the usual run of the mill fare that is being dished out by platforms in the name of OTT content. It reminds one vaguely of the terrific Mohanlal crime thriller ‘Drishyam’, but only just. The end is devastating and beyond reason. If only the screenplay of Tabbar had ironed out the contrived loopholes and dips in the story, it would have been an even more engaging watch.

Sneha Khanwalkar’s music is subtle and well-suited to the dark narrative of Tabbar. Arun Kumar Pandey’s cinematography is arresting, especially the shots on isolated country roads in the dark of the night, and the top shots inside Omkar Singh’s home. Parikshhit Jha’s editing is average.

Gets repetitive after a while

Yes, most of the time