Home Reviews The Empire Review – An Ambitious Project That Just Manages To Be...
Binged Rating5/10 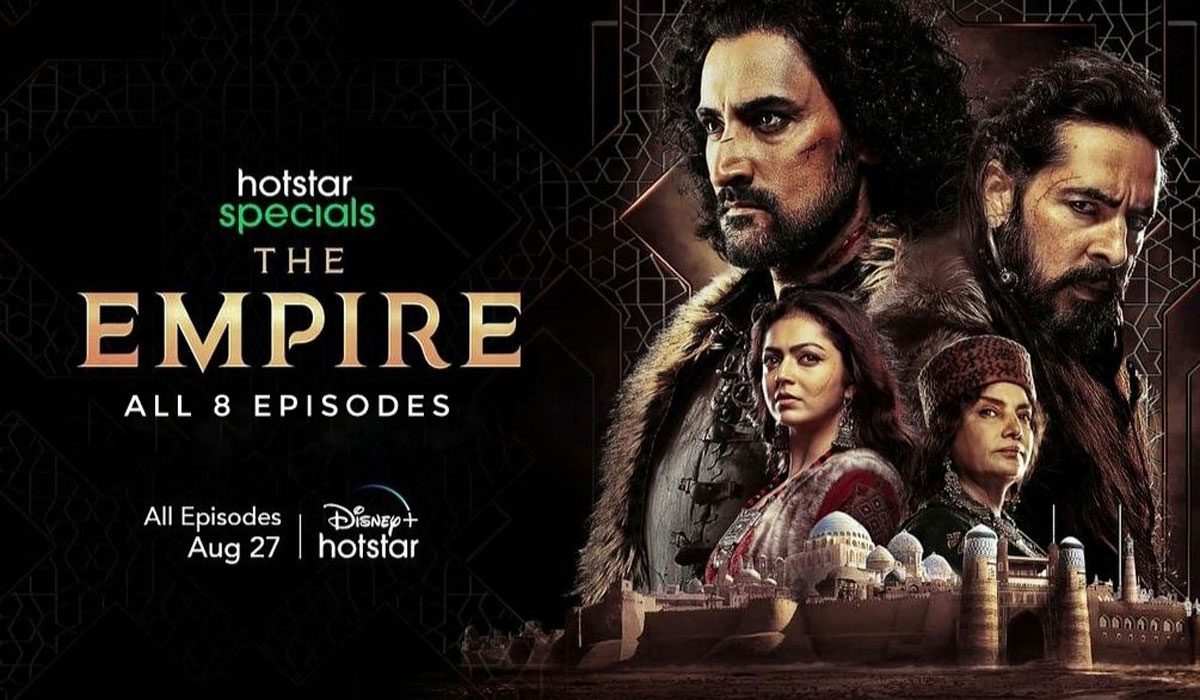 BOTTOM LINE: An Ambitious Project That Just Manages To Be A One-Time Watch

Skin N Swear: Some “implied” skin, a little swearing and a lot of blood and gore.

A fictionalized look into the life of Babur AKA Zahīr ud-Dīn Muhammad, the founder of the Mughal Empire and first Emperor of the Mughal dynasty in the Indian subcontinent. The series follows a 44-year-old Babur in the year 1526, who is trying to conquer Hindustan (modern day India), which is ruled by the Lodhi Empire. During his attempts, he remembers his past exploits as a young King who had to protect his family and kingdoms against another rising conqueror – Muhammad Shaybani.

Kunal Kapoor is front and center in the first season of ‘The Empire’. He portrays the lead character Babul, whose life is chronicled in this first season. The actor does a decent job, but he doesn’t command the screen like an emperor should. Drashti Dhami, who plays the role of Khanzada, Babur’s sister, does a better job than Kunal. However, Dino Morea was the standout in this web series. He had to play a more nuanced character of Muhammad Shaybani, who had various other facets to his personality – a broken man who was that way due to his traumatic past, a cruel conqueror and a man who fell in love. We are quite sure Dino had fun portraying such a character on screen and we can see it as well.

‘The Empire’ is based on the novel series “Empire of the Moghul” by Alex Rutherford. The novel series is a fictionalized realization of the rise and height of the Moghul Empire in medieval India, starting with its first emperor, Babur. The first season of ‘The Empire’ is based on the first novel of the six-part novel series which is titled “Raiders from the North”. So we can safely assume, if this series gets enough views, we could likely be looking at another five more seasons.

While there are multiple performances of note, most of the actors in this series are hampered by the script and the dialogue. In fact, the original language of the source material for ‘Empire’ (Raiders from the North) – which is English, should have been a better option, than Hindi (and Urdu). The web series tries to be accurate with its language and tries to get the dialects and accents right, but this ends up creating a lack of impact when important dialogue is spoken. The script for ‘The Empire’ depends on good actors to carry out their roles – but besides Kunal, Drashti, Dino and a couple others, the acting quality falls quite short.

The series is definitely ambitious – with huge scale set pieces, crazy number of extras and brilliant costumes for the lead characters. However, when badly developed CGI is shown on screen alongside many of the main characters, such as Qasim, Wazir Khan, even the younger Babur who doesn’t get wardrobe changes for long periods of time (like months or years long) – it feels that the production of ‘The Empire’ is not focusing on continuity. And speaking of continuity issues, the actors portraying Khanzada, Babur and Qasim all change after a span of 6 years, but the actors who portray Nishqa and Mahmud do not change – which doesn’t make any sense since all five characters are close in age. Another continuity issue – even after 18 years have passed, Babur, his sister and his wife all look like they are 30 years (which is before the time skip). The passage of time didn’t even affect Qasim apparently.

Several plot devices also act as plot holes in ‘The Empire’. An example is when Mahmud and Babur follow Qasim to enter the Kingdom of Samarkand unnoticed. We understand how Qasim can climb that wall (can somehow justify that) – but how does Mahmud and Babur, two young boys who grew up in a castle, learn to climb a fortress without any equipment on their first try? Another example would be when Babur’s messenger returns, stripped naked with a bloody message on his back. Nobody knows what is on the other side of the castle gates – okay we understand that. But, why doesn’t any of the castle guards, who are stationed above the gate, let the king know who it is? Fog, by the way, is not a good enough reason (especially since this mysterious fog was absent when Babur tried to take back Samrakand from Muhammad Shaybani).

Most of these plot devices could have been avoided by a small change in the script.

Still, there are still some things in this series that compel us to watch. If one can get through the tedious first half, the second half of ‘The Empire’ is quite interesting. While Disney Plus Hotstar may have imagined a ‘Game of Thrones’ type show – which it had the potential to be – this fictionalized history is still a decent watch. The story is based on real life events and is what makes ‘The Empire’ quite captivating to watch, while the inclusion of historically famous characters like Babur and Humayun as well as the famous script of Baburnama, which is the history of Babur, written by Babur himself – gives the series that extra “oomph” factor.

Overall, ‘The Empire’ is a pretty decent one-time watch. It is quite frustrating to watch the first three, four episodes of the series – but the story pulls us from there. While the dialogue needs work, Kunal and Drashti do a decent job of speaking it on screen.

Imaaduddin Shah is given an unenviable character to portray on screen – Qasim. Qasim becomes Babur’s close friend, betrays him, gets exiled and then he comes back to Babur to help him become the first Mughal Emperor. His acting could have been better, but he does a decent job during a couple of important scenes. Shabana Azmi who plays Queen Mother was one of the standouts among the side characters. The actress gets to portray an old character that goes through a severe character arc that many of us didn’t see coming (or did and forgot). Rahul Dev also does a good job portraying Babur’s military commander, Wazir Khan.

CGI needs a lot of work – which needed to be mentioned first. Dialogue needs work. Ashutosh Phatak could have done a lot better in producing the music. The series casting needs work. Still, the series director, Mitakshara Kumar somehow does a good job in stitching all of this together into a decent one-time watch web series.

If you can sit through the first three, four episodes, you will find a decent story based on real historical events.