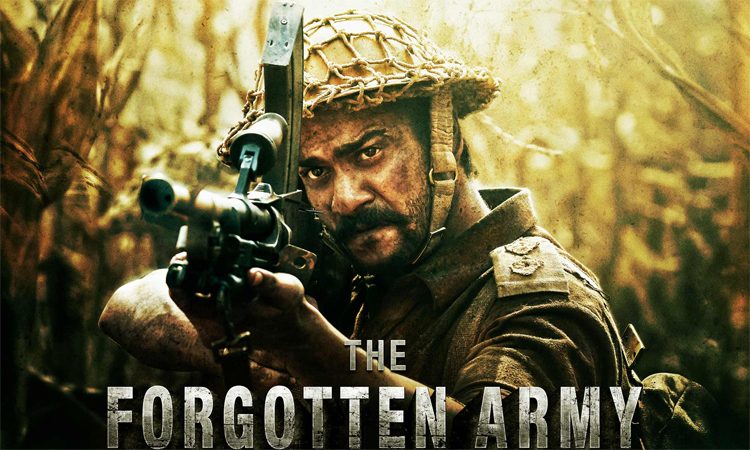 An army veteran Surinder Singh Sodhi pays a visit to his grand-nephew Amar’s residence, days before the latter is set to cover a student’s protest for democracy in Myanmar. After initial friction, Sodhi and Amar forge an unlikely bonhomie, bonding over a forgotten chapter of Indian history. Sodhi thereby looks back at his army stint, on what it means to be risking his life for the country’s freedom and being deemed a refugee in the very country he was born.

From being forced to surrender at the Battle of Singapore in 1942 to having been inspired by Subhash Chandra Bose’s call to fight for country’s freedom to training the first women regiment of the Indian National Army, (including a shortlived romance with Maya) Sodhi gives a sense of the pre-independence era to the youngsters around him. Meanwhile, the political unrest in Myanmar won’t let him breathe easy. Where is the tale headed?

Strong performances from the cast are the lifeline of the show – the actors are very efficient in getting the viewers to emotionally invest in their parts, regardless of the screen time. Sunny Kaushal, in spite of being in his early days as an actor, shows impressive restraint in playing Sodhi, balancing the tough and softer shades of the character with ease. Sharvari Wagh sparkles briefly but deserved a larger part to play than being restricted to a jilted lover in the army whose contribution in the battle zone remains largely ignored.

Karanvir Malhotra as a photojournalist springs up another decent performance after a solid debut in Netflix’s Selection Day. M K Raina proves he’s a worthy choice to play an army veteran with a heavy past behind him. The likes of Sushma Seth, Paloma Monappa probably deserved better fleshed-out parts. It’s good to see Nizhalgal Ravi back on the screen after a gap, though his presence remains minimal. Amala Akkineni as a concerned mother shines in the brief portion she’s entrusted with.

In a filmmaking era where chest-thumping portrayal of nationalism seems to be the order of the day, it takes great assurance for a storyteller to step back and settle for an understated yet poignant portrayal of a neglected episode in India’s freedom struggle. Kabir Khan, rather known for the urgency he creates in his stories about borders, espionage in an alien land, takes a measured approach in giving an emotional context to the documentary he had made in 1999. However, in an attempt to personalize /humanize the story leading to the formation of Subash Chandra Bose’s INA, the show compromises on its historicity.

The Forgotten Army takes off from the Battle of Singapore, where the Indian battalion under the British, owing to its defeat, is forced to surrender to the Imperial Japanese Army. The sudden shift of loyalties confuses its soldiers about the cause they’re fighting for. The show, to begin with, is extremely effective in mirroring the abandonment that the soldiers would have felt about being a pawn in the hands of the Japanese and the British armies and not knowing if their duties would help their home nation at all. The emotional charge leading to the formation of the Indian National Army, thereby, is showcased well.

The show documents the turmoil that several Singaporeans would have experienced under the Japanese rule in addition to incidents leading to the formation of the first female regiment in the INA and its campaign at Burma (now Myanmar). However, the show is crippled by its brief duration (just under 3 hours) and it’s let down by a narrative focuses less on the detailing and more on the personalisation of the incidents. Say a Tamilian woman Rasamma’s quest to avenge her rape by a British officer by joining the army, the romance between a photojournalist-turned-soldier and Sodhi, trying to amp up the patriotic fervour with indulgent dialogues and shifting between two timelines (and doing justice to neither) distract the viewer from the purpose of the show.

Kabir Khan’s imaginative with his visual imagery (though it happens only occasionally) – spot the use of the Buddha statue in the middle of a cave amid a warry situation in Burma, the blue-coloured bird in the time of turmoil and as a connector between timelines and the surprisingly dark ending to deliver poetic justice. The historic segments remain the problem though – the detailing is sketchy, restricted to morose voice-overs. Despite the importance it attaches to Subhash Chandra Bose, the character is barely seen. This is a shame, majorly for the emotional connect the show still maintains.

As effective as SRK’s reflective voice-over is (before each episode), it fails to be a value-addition to the show. The battle sequences lack visual grandeur and scale, the CG portions are underwhelming too. The Forgotten Army leaves a lump in your throat for the injustice meted out to the soldiers of the INA, but it also had every opportunity to be a monumental digital show. At least, it does one thing right – not forcibly opening a gateway for a second season.

That a name as big as Pritam has been hired as a composer for the show suggests the emphasis that the director has placed on the soundscape and expectedly, this association works to a large extent. Song bits like Azaadi Ke Liye, Ae Dil Bata and Mere Watan are brilliant with the intensity they bring to a situation. Though the cinematography is decent, the maker ought to have mounted the show on a better scale – the visual universe of the series feels contrived and compromised. There’s little use of graphics and VFX if it doesn’t help the show be more real and the battle sequences look very shoddy. The dialogue is inconsistent with its tone – the writer is stuck between underplaying and spoonfeeding the significance of the INA through his showy lines.

Mostly, but could have done better