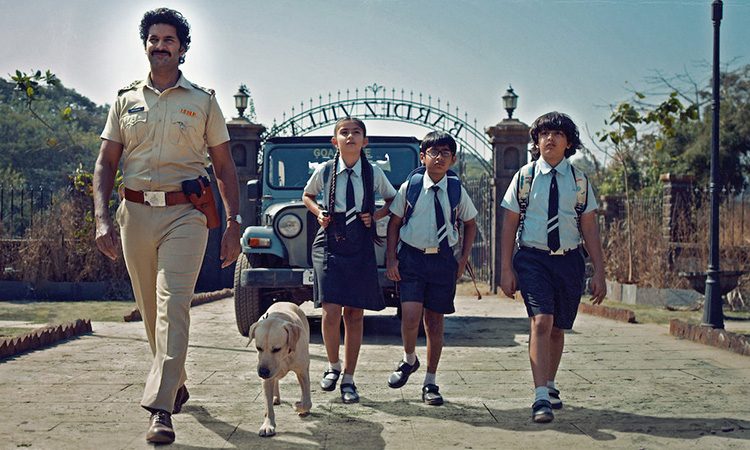 Bardez Villa in Goa is a place full of mysterious stories. It earlier housed a novelist Madhu Mathews, popular for his spooky ghost-tales, who met his end under suspicious circumstances. Everyone in town seems to have their versions of his death. The erstwhile writer’s novel ‘The Ghosts of Sultanpur’ is now a rage among three school-kids Sam, Gablu and Bunty, who form a ‘Ghost Gang’ to dig deeper truths surrounding the presence of ghosts in the town. Meanwhile, the writer’s grand-daughter Jenny returns to Bardez Villa with her family and things take a turn for the worse. A sudden spate of deaths in the town whose only common link is Jenny opens a can of worms around the past of the haunted villa. The typewriter, despite being an inanimate object, is an integral element behind the killings. Where will this end? 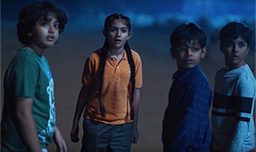 Aarna Sharma as Sam, a nine-year-old student gets the most resolute, confident character in the series. The child-actor shows immense faith in her abilities and has the right confidence and poise to play a role that gives a direction to the story. The boys- Mikhail Gandhi, Aryansh Malviya, Palash Kamble- make for a terrific on-screen trio and the director deserves credit to let the youngsters be and never forces them to ‘act’. Their bonhomie is full of heartfelt charm, impressive spontaneity, and innocence. Palomi Ghosh in the role of Jenny gets adequate screen-space but her performance comes a cropper minus the right intensity. She appears too overwhelmed by the happenings around her and the result is a surface-level act that never quite ‘hits’ you.

Sujoy Ghosh masterfully creates a horror universe replete with innocence, emotion, superstition, and fear. The director builds a strong logical context for every possible cliche in the book within the horror space. His storytelling remains very original and high on detail, even though it isn’t as captivating always. The plot-line is thin but there are several layers beneath each action undertaken by the protagonists. The non-linear screenplay, though slightly indulgent and goes off the tangent many a time, packages enough surprises across the five episodes.

The director chooses children as his pivotal characters to drive the narrative and their perspective provides a lot of innocence, sincerity, and freshness in the way you look at the story. Sujoy is always known for his gripping, suspense-filled stories narrated through the eyes of a woman, but the way he crafts his child protagonists is an equal delight to watch. They don’t punch above their weight, their antics, purity and light-hearted interactions at school serve as an antidote to the darkness that permeates through the series.

Typewriter is one of a kind because of its unique justification behind the possession of a character by a ghost. The characters are etched out with terrific clarity. Though the story involves elements like black magic and several other occult practices, the maker provides a strong basis for their presence. The character Fakeer is among the most well-written and scary parts you will come across in a horror-thriller series, where he misuses his special powers passed to him by his mother. The character provides all the chills you expect from an edgy series and it’s also fascinating to notice how the typewriter has a major say in the progress of the story. Since the protagonists are children, their vulnerability adds more intrigue to the proceedings.

The only problem with the series is the director’s inability to keep things minimalistic. Every aspect is fleshed out in such elaborate detail – there are so many sub-plots zipping past you one after the other to justify the traits of the characters. Despite their quality execution, it becomes exhausting and difficult to keep track of them and you get slightly restless as you approach the finale. The length of the series emerges its major concern. Even as you say that, it’s rare to find an Indian director who doesn’t resort to spoon-feeding and trusts the audience to unravel his maze. Typewriter is a worthy and credible addition to Netflix’s repertoire, and Sujoy Ghosh enters with a bang.

Jisshu Sengupta extends his dream run at the movies and web series this year with an assured performance as a creepy teacher Amit Roy. Though his bespectacled act reminds you of the similar character in Kahaani, the actor lends a personal touch to the part and slips into the skin of a complex role efficiently. His range truly shows as he switches between the various dimensions of his character. Purab Kohli too gets a solid part, as a grumpy cop, marking a firm departure from his happy-go-lucky outings in the recent past and proving a thing or two about his versatility. The other character artists are apt and well-cast for the Goan backdrop of the series and also its theme, the casting truly easing the cause of the series and the filmmaker. 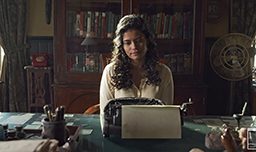 Anirban Sengupta, the sound designer is an unsung hero of the series for his meticulous detailing and his ability to make the most of the eerie atmosphere and tense situations in the narrative, ensuring a unique soundscape to Typewriter. The soundtrack by Raja Narayan Deb is always in tune with the mood and the intensity of the situation and you don’t quite remember the score while you end the series, saying enough about its seamlessness with the story. Cinematographer Gairik Sarkar provides remarkable aesthetics and regality to potent sequences; he’s as much benefited by the apt choice of locations and commendable contributions from the art direction team. The nuanced writing is an aspect that differentiates the series from the rest of the pack, Typewriter stays very loyal and true to the horror genre and still strikes a strong emotional chord without going overboard.

Indulgence with the detailing

The length of the series