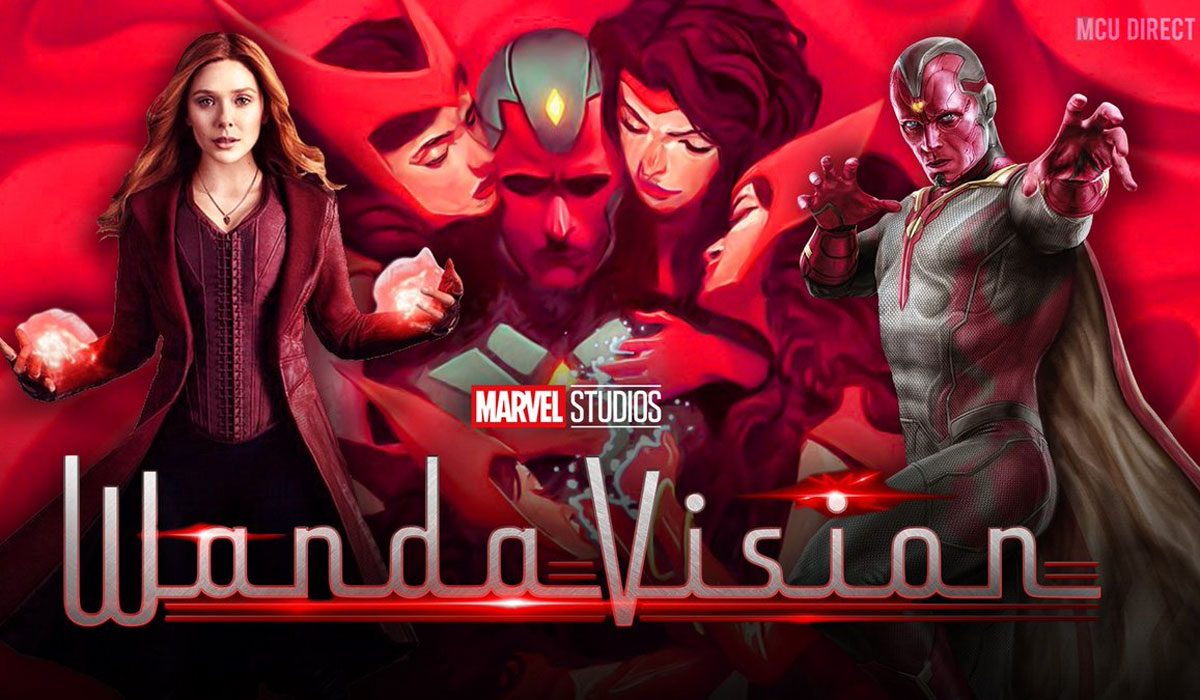 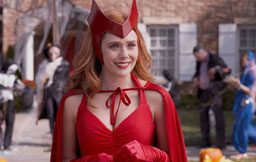 Elizabeth Olsen and Paul Bettany brilliantly portray a young married couple in love, settling in the suburbs – but also their range in portraying various versions of TV couples, through the various decades was a sight to behold. The supporting cast consisting of Kat Dennings, Evan Peters, Randall Park and Teyonah Parris was really good as well. Kathryn Hahn deserves a special mention – especially that of a nosy neighour, but her reveal as the witch Agatha Harkness nearly stole the show from the leads, Olsen and Bettany.

Matt Shakman directs WandaVision TV series, which was created by Jac Schaeffer. 23 movies have preceded this web series series, which connects to WandaVision. So this series has to be analysed of two main points of view:

(i) As a person who is watching this show without any prior knowledge of the MCU films.

(ii) As a person who has watched all the previous films from MCU.

WandaVision starts off as an old-school, black-and-white 60s TV sitcom recorded in front of a live audience (which they did for this very first episode). As the second and third episodes pass by, we see that TV series has cycled through the 70s and 80s versions of sitcoms. But if you are a first time viewer of a Marvel project, this series does starts off slow for the average viewer. Kathryn Hahn’s portrayal as Agnes is simply masterful.

But worry not, the show picks up the pace by the fourth episode, finally giving answers and clues to what is happening to Wanda and Vision. Monica Rambeau, FBI agent Jimmy Woo and Darcy Lewis are a welcome addition for the Marvel fans out there, but their presence makes (especially the last two) the show more lighter and enjoyable – making them appeal more to the new watchers. 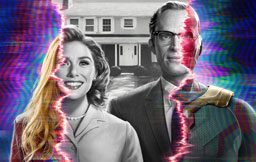 Many of us know that Vision died at the end of Avengers: Infinity War, so seeing Vision here in the series is a mystery for us from the very beginning, but it is not known to everyone. Marvel’s way of covering their bases is so good, this mini-series is good enough as a stand-alone show – which might have been their intent all along.

The adverts are an excellent way for Marvel to shown references, callbacks and easter eggs, but the first time viewer would immediately understand that there is something weird about all these ads (something a Marvel fan can easily forget). This is a smart way to talk about Wanda’s current mindset, without really talking about it.

This show is primarily Wanda’s journey of discovering herself while processing her immense grief. Because she is a super-powered individual, she uses her powers (unconsciously) for her own benefit, so as to mask her pain. This 9-episode journey takes Wanda through the nine stages of grief – quite literally.

The last two episodes give us more clearer answers and introduce us to Agatha Harkness. White Vision is unexpected, but another welcome addition to the show. Wanda learns how to harness her powers and White Vision gains perspective. The ending of the show was bittersweet but was not unexpected. Wanda eventually realizes her mistake and gets rid of the “Hex”. Her family dies and she is left to wander alone, with several government authorities searching for her.

The writing, direction, musical choices, casting selection were few of the best parts of this TV show. The two final post-credit scenes was a genius way to get the first-time viewers interested in the MCU, while the genuine fans would be losing their minds over the same scenes.

Every character on the show was cast well. Debra Jo Rupp, David Peyton, Asif Ali and Emma Caulfield Ford all had to perform “acting gymnastics” when portraying the helpless folks from Westview while under the influence of Wanda. We know Teyonah Parris is being groomed to be part of the Avengers and her performance has been bombastic so far.

Evan Peters was a welcome surprise and a good way to tackle Wanda’s grief. Randall Park and Kat Dennings were memorable in their supposrting roles, while Kathryn Hahn was extravagant. 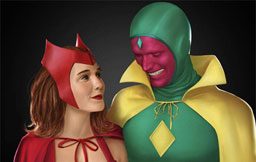 Christophe Beck composed the score for the series while Kristen Anderson-Lopez and her Robert Lopez collaborated together and composed the theme songs for WandaVision episodes. Overall the music selection was good. The cinematography, editing and CGI was well done too, seamlessly connecting the story into the main narrative.