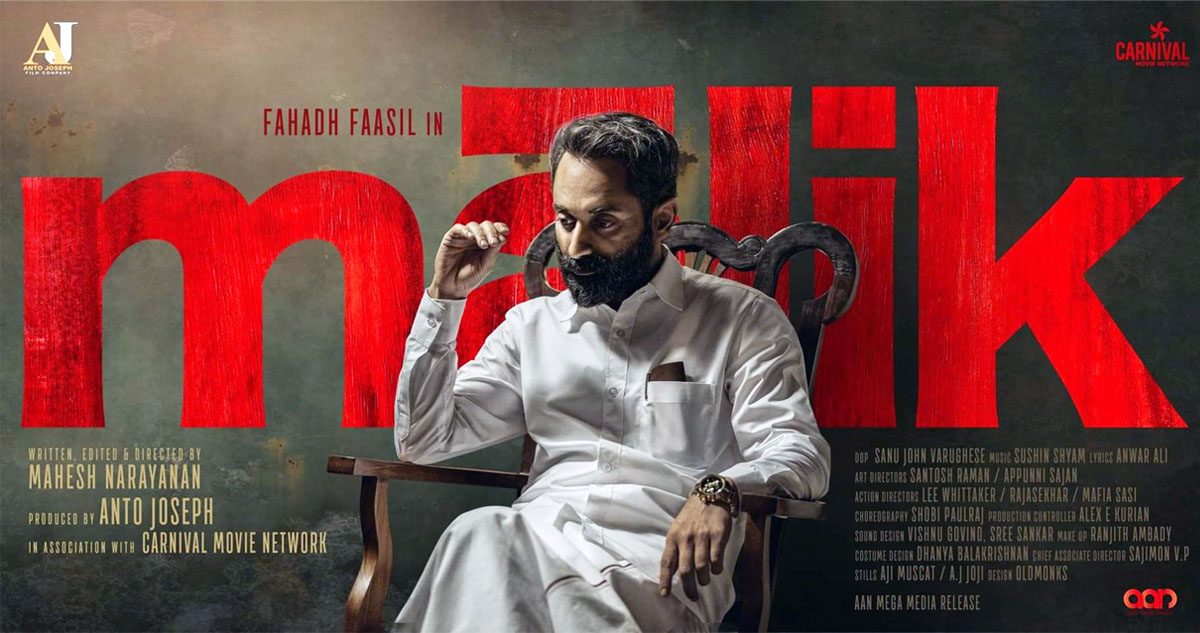 Fahadh Faasil’s upcoming Malayalam political crime drama ‘Malik’ is very likely going to get a direct-to-OTT release. Soon. We have been getting reports about a potential “OTT takeover” for weeks now, since the film had to change its theatrical release date for a second time in 13 months. Now, a local Malayalam news channel has reported that Amazon Prime Video has bought the direct-to-OTT release rights of ‘Malik’ for Rs. 22 crores. The film is reported to have a production cost of Rs. 30 million, making it one of the most expensive Malayalam movies to be made in 2021.

Fahadh Faasil’s ‘Malik’ has been effectively postponed for a year now. Its first release date of mid-April 2020 got rescheduled because of the Covid-19 coronavirus outbreak and the resultant nationwide lockdown. The film finally got an Eid release date in 2021, with the film expected to release in mid-May 2021. This too got delayed because of the sudden resurgence of Covid-19 cases all over the state of Kerala (AKA “The Second Wave”), and this has caused the state government to temporarily shut down all cinema halls and issue a lockdown within the state.

This lockdown has been ongoing for a month now, with theatres being closed for even a longer period of time. Recently released Malayalam films such as ‘Chathur Mukham’, ‘Nayattu’, ‘Nizhal’ and ‘Operation Java’ among others have all shifted to streaming platforms due to this ongoing lockdown. And now, Fahadh Faasil’s ‘Malik’ too will go to a streaming platform and unlike the films mentioned above – this movie will go directly for streaming.

Although this was somewhat expected, it is still a shame. Fahadh Faasil’s ‘Malik’ was supposed to go head-to-head at the Kerala Box Office with Nivin Pauly’s ‘Thuramukham’ and Mohanlal’s ‘Marakkar: Lion of the Arabian Sea’ during their joint Eid release – and many of us were looking forward to this epic “Clash of Titans”. This three-way tussle at the Box Office would have been a perfect way for the Malayalam film industry to generate interest for theatrical releases, but it’s a pipe dream now.

Still, ‘Malik’ has been a highly anticipated movie of Fahadh’s for a year now, so we are still happy for the movie to finally come out – even if it is on an OTT. Although there hasn’t been an official announcement yet, we expect an Amazon Prime stylized version of the ‘Malik’ trailer to come out soon – hopefully with the film’s new direct-to-OTT release date.