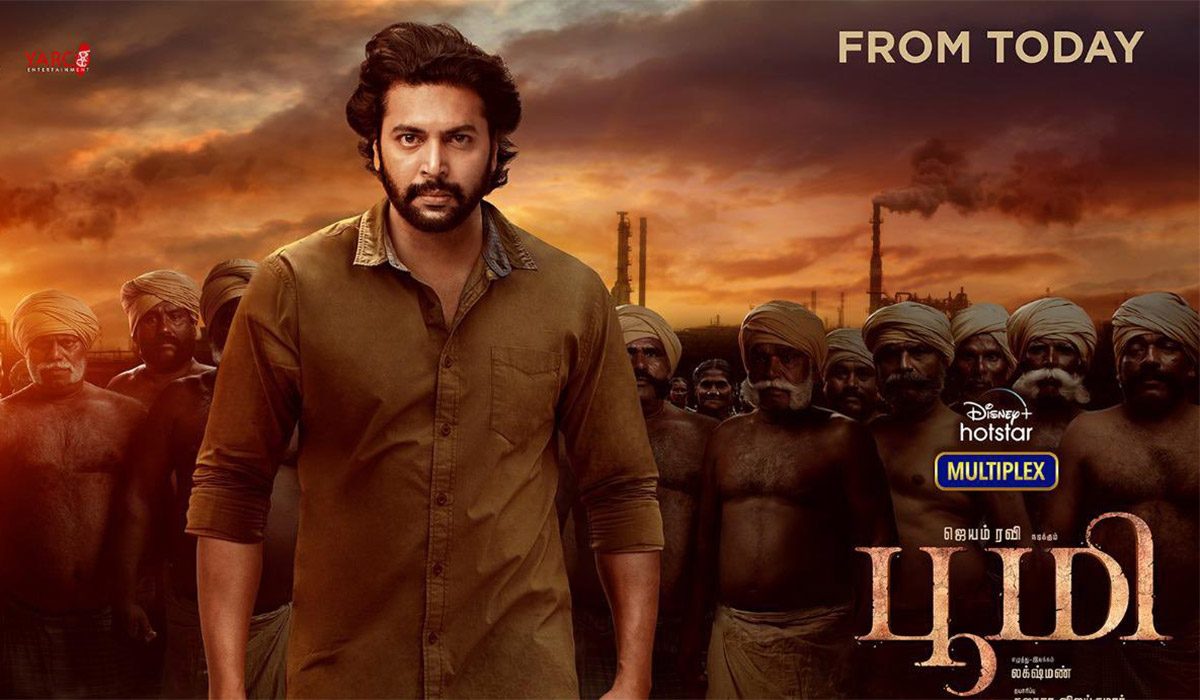 BOTTOM LINE: A Torturous Rural Drama That Feels Like a Lecture on Farming 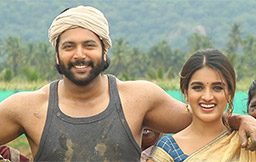 Bhoominathan, an astronaut working for the NASA, slated to take off to Mars on an official mission, pays a visit to his home-town before embarking on a crucial chapter in his career. However, the problems persisting in his native village and a tragedy within the family forces him to give up his NASA job. After an ugly face-off with the local politicians and a big-bad corporate leader Richard Child, he vows to change the face of agriculture and improve the plight of farmers in the country. Despite the many roadblocks in his journey, Bhoomi is determined to make agriculture profitable for the farmers and end the dominance of the corporates in the country.

Jayam Ravi is woefully out of form in the film. It’s easily his weakest performance in the recent years; he looks clueless in a character who feels like a robot hired to weep, come up with punchlines as if it were in his back pocket and make personality development speeches sequence after sequence. Niddhi Agerwal has consistently proved that she is quite happy to play the bimbette with no character graph or purpose film after film, so there’s no point discussing her ‘performance’ (in what seems like a special appearance). Ronit Roy has never looked so wooden or lifeless on the screen, the international businessman with the mouth of a local goon suffering from verbal diarrhoea. Saranya Ponvannan, Thambi Ramaiah and comedian Sathish have hardly anything to do in the story. Radha Ravi is just okay while slipping into the skin of a manipulative politician. 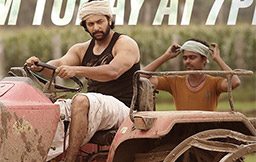 Bhoomi’s intentions remain quite obvious right from the title – it’s about a man named Bhoominathan (literally the son of the soil), his love for the nation and his quest to give dignity to those who depend on the soil for a living (i.e. farmers). Bhoomi’s trajectory is loosely inspired by Ashutosh Gowariker’s Swades, marking a man’s return to his roots as he gives up a lucrative career at the NASA. Throw a dash of Srimanthudu here, a bit of Maharshi, some family sentiment and gyaan on why capitalism isn’t good for the country and there you arrive at the crux of Bhoomi.

Bhoomi is not the first and will not be the last Tamil film to take an anti-capitalistic stand portraying the corporate world as a threat for the country, but the absurdity quotient in the movie is something else.

The film is ridiculous from the word go with too many dramatic leaps that don’t give any opportunity to empathise with the words of the protagonist. He is an NRI who arrives in India, finds a girl to marry, happens to see a family member committing suicide (unable to cope up with his losses as a farmer), gives up his job and decides overnight that he would take on the corrupt system to establish a way of agriculture that respects the untiring efforts of the farmer. 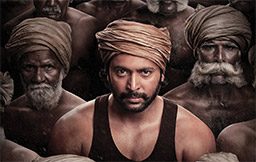 It’s as if he took a crash course in agriculture overnight and was able to unite all the ‘gullible’ farmers in the country under one roof, so much that the CEO of a business empire feels threatened. All Bhoomi does is to milk a social issue to elevate the stature of its protagonist and sing praises on him for being a supposed change-maker while antagonising almost every section of the society. From an astronaut, Bhoominathan turns a farmer, then a mechanic and a social activist and what not! A district collector is portrayed as a womaniser, the politician is manipulative and sold to the corporate, the businessmen are a disgrace to the universe and the common man is opportunistic. There’s no hope in the human race but for Bhoominathan.

The narrative is designed as if the world is conspiring against the protagonist’s idea to change the society. A businessman is portrayed like a jobless goon sounding persistent warnings to the hero and is waiting to tear him apart. The film talks of seeds being preserved in the gopuram of temples, doesn’t know the basic difference between sales and marketing and has a courtroom sequence where the hero almost orders the judge to give a verdict that will restore the pride of our nation. Bhoomi has many such gems that could provide fodder for meme-makers for a week at least.

The film shows little and shouts more. Bhoomi is less of a film and more like a never-ending moral science lecture on agriculture and a supposed reminder of ‘Tamil pride’. The filmmaker Lakshman, both with Romeo Juliet and Bogan, has shown his fascination for the absurd but this is a film that’s completely taken over by its absurdity. The director has no control over the proceedings here. Bhoomi is a perfect example of what all one shouldn’t do while basing a story on agriculture. 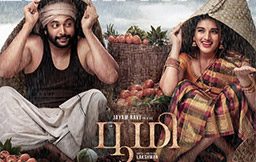 Imman’s music, though far from being the composer’s best, is the among the few relatively bearable aspects of the film, Dudley’s cinematography being another, though the trajectory of the story doesn’t allow him to go beyond the conventional. The film is a painfully long snooze-fest and has no head or tail. Everything about it is so vague – leaving little room for John Abraham, the editor to do anything about it.

A narrative that has no head or tail 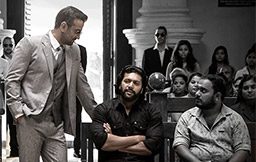