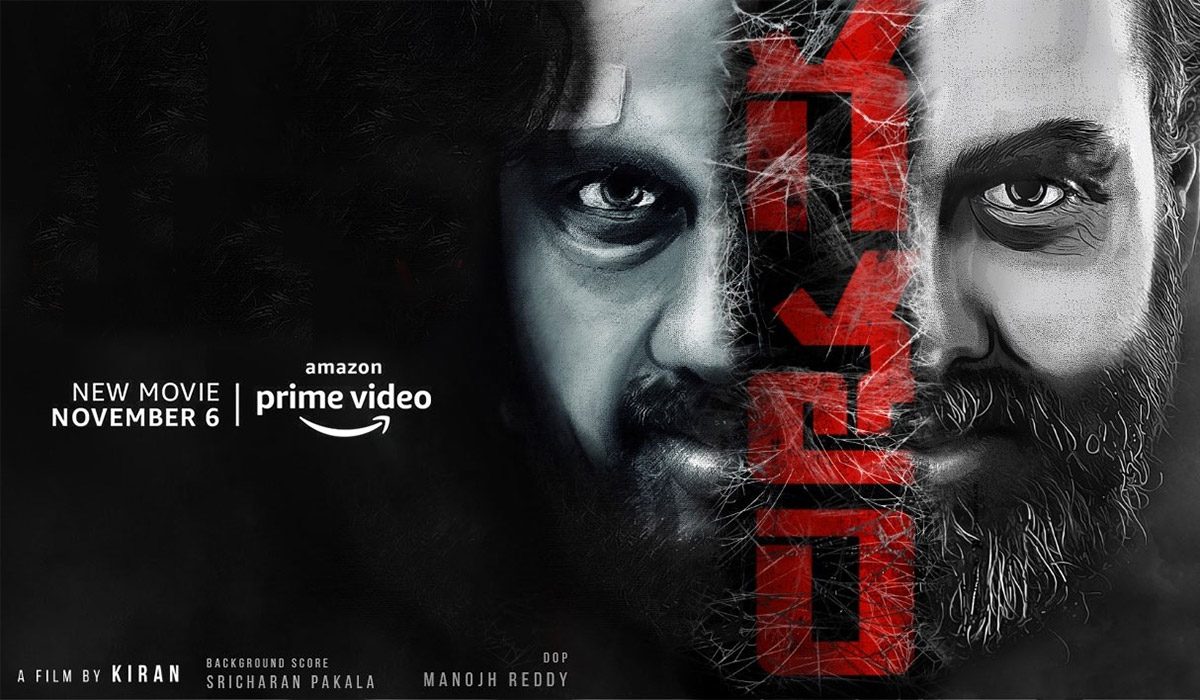 BOTTOM LINE: A Thrilling Drama, In Parts, With Amateurs

Rishi (Rakesh Galebhe), who is recovering from an accident, leaves the hospital with his girlfriend Adithi (Poojitha Kuraparthi) to meet his father. On the way, their car breaks down, and they have to take shelter at an unknown location.

At the place, Rishi and Aditi witness strange things happening one after the other. It leaves them shell shocked. What happens next? Who is the stranger who sheltered them and how it all ends is what is the movie Gatham all about?

Bhargav Poludasu plays the main lead in the movie. He character is modelled on the lines of aged heroes of Hollywood action thriller, much like the entire film actually. He fits the role and tries his best to give the best he can, sincerely. 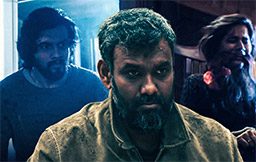 Unfortunately, Bhargav Poludasu is not a natural fit, and it shows. The story gives his character a tremendous scope to perform and create a memorable impression. The entire opening arc, for example, would have been extraordinary under an able actor. Similarly, the other layers that add to it as the narrative progress show Bhargav’s weak links.

As far as effort is concerned, Bhargav has given his hundred percent, and it is appreciable. He is genuinely invested in the part and enacts it to the best of his ability.

Kiran has written and directed Gatham. It belongs to the thriller genre, and the director has taken heavy influence from Hollywood flicks of similar space to narrate. It is not necessarily a bad idea and works out well for the movie.

Right from the start, Gatham keeps one hooked. Many things seem to happen within the first five minutes. The editing seems a bit clumsy, but we get an idea of why it is done so, soon.

The story also begins immediately without wasting much time from the hospital itself. There is a curiosity to known what happens next even though some might foreguess it. The good thing is that it is let out without taking too much time.

The pace of the film is slow. The actors make it dull with their lack of ‘acting’ skills. The timing of the dialogues or the reactions is clear indications in that regard. They make the work look amateurish and lead to a lag in the proceedings, despite the best intentions from everyone involved. And yet, the one is engaged to the narrative. It is because of the story and the screenplay that keeps throwing a twist or two regularly at us. 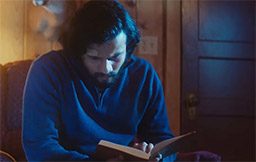 Some of the twists may be predictable, but they are revealed early. It keeps the engagement factor going on as the curiosity to know next continues. The core story is on routine lines, but once again the thrills in it are where Gatham scores. The logic goes for a toss at times, but the interest factor dominates the proceedings. The director does not disappoint on that score as something or the other keeps coming.

The climax is a little dragged, especially the gunfight running in the woods. But, it leads to a well-rounded end. It makes one feel if the director and his team had gone for another draft and tightened the raw edges, Gatham could have been even thrilling.

Overall, Gatham has a superb plot. The twists, predictable or otherwise keep coming. They engage the viewer despite visible poor acting and writing. It can be given a pass if one looks at the effort put in by the small team. If you like the genre, give Gatham a try with an open mind.

If one closed their eyes and were only listening to the movie’s audio, and they have no clue regarding the cast, one is sure to think that Vijay Deverakonda is part of the film. The voice of Rakesh Galebhe is uncannily similar to the star. The Telangana accent is partly the reason, but not all with the ‘accent’ sound the same, do they? Rakesh, as an actor has done well. In fact, he could be the closest to the commercial cinema performance we can see in Gatham.

The rest of the actors, including Poojitha Kooraparthi, have limited roles. They help take the narrative forward but don’t stand out for their work. The casting for different parts, look-wise, is decent, though. 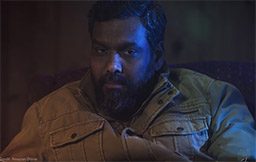 The background score by Sricharan Pakala is excellent. It helps in keeping the tempo up at crucial junctures. The cinematography is superb in parts – the long shots and the snowy locales. But, it fails to get the cinematic look during the critical conversations and dramatic moments. The editing could have been more refined. The writing could have been better the way it is with the actors on board. A set of better artists could have elevated the same thing, though. 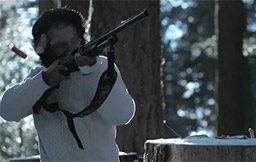