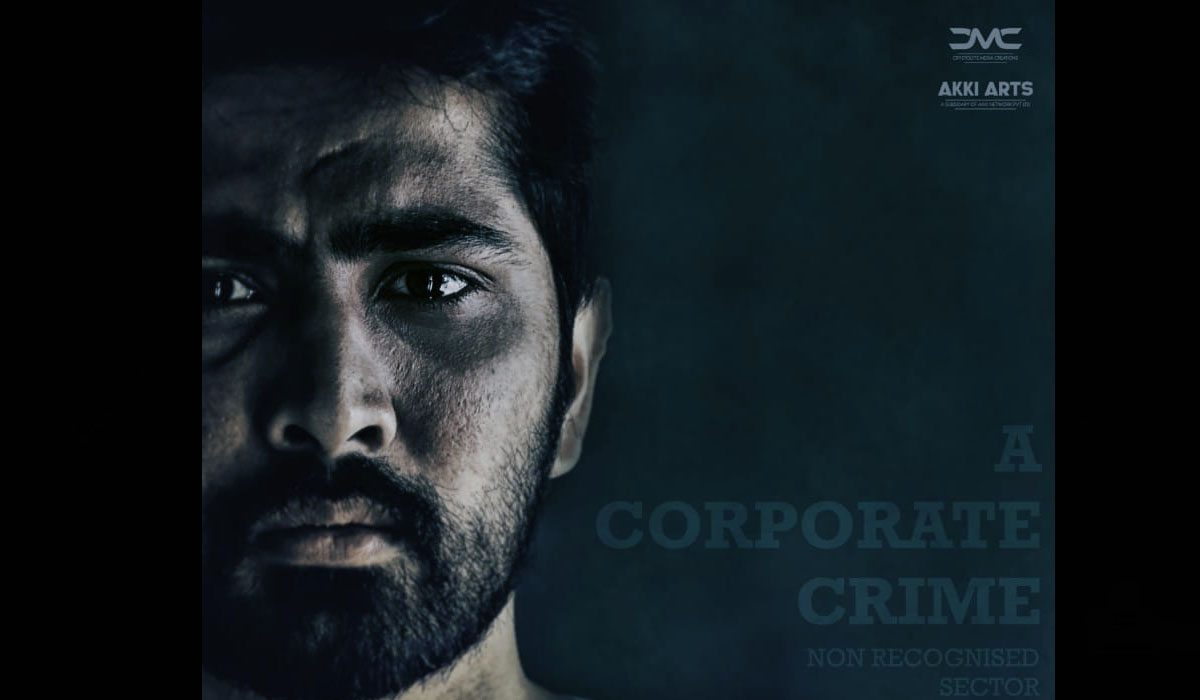 Krishnamurthy (Prudhvi), an IIT studying student, is in Hyderabad searching for his missing uncle. Did he find him? While he continues his quest, there are mysterious attacks on him. Who are the attackers, and how are they related to the case? How it all ends is what the movie is all about?

Prudhvi Dandamudi playing the hero of the movie is a mere technicality. Not even for a single frame, he gives the impression of a lead. It is a passive character and the actor’ lack of screen presence and acting abilities make it look like a supporting part.

A few scenes are there in the narrative which required dramatic skills to be exhibited, but we see absolutely nothing. Prudhvi is just going through the motions and seems to be content with being the lead in his mind.

Sree Vardhan directs IIT Krishnamurthy. It is a simple thriller where the lead character is trying to find out his missing uncle.

The success of the thriller rests in a riveting narrative, and killer suspense reveals in the end. IIT Krishnamurthy utterly fails on the first aspect, but is a little decent on the later, even though it can be easily guessed.

Right from the opening of the movie, the director fails to build an engaging narrative. The main story takes time to arrive, and the track involving the hero and heroine is needless, to say the least.

The director’s focus seems to be more on the police officer and his investigation. The inspiration from The Usual Suspects is evident. But the hero doesn’t get highlighted here because of his inability to impress in any way. The writing is also substandard and evokes unintentional laughs.

The whole narrative rests on the central plot involving the missing angle. It is a thriller. But the revelation lacks any surprise. The problem here is the dumbness of the whole process.

Usually, in a suspense thriller, the killer or the suspect makes a mistake. It could be dumb or an oversight. But, typically, it is a one-time thing or a limited one. Here in IIT Krishnamurthy, the narrative is filled with ‘dumb’ decisions back to back.

The silly execution further mars the proceedings. We never take the case seriously the way it is meant. When that doesn’t happen the twist in the tale fails to register.

We know there is going to be a twist somewhere, and it comes at the expected time. Unfortunately, there is no impact, and it moves along flatly with no thrill or edge of the seat feeling. Still, the ending seems a bit better, though.

Overall, IIT Krishnamurthy has a decent yet straightforward story to tell. It is sadly plagued by dumb writing. The end result is a movie that can be easily skipped.

Maira Doshi is a namesake heroine. She is present in the filler sequences of the movie. Then, there are a couple of songs. It won’t matter if one removes her whole part from the film. It in fact goes missing after a point in the second half which results in all these ‘wonderful* wonderments.

The real hero of the movie is theatre actor Vinay Varma essaying the role of ACP Vinay Varma. He acts, talks and shows confidence like a hero, even though he is not. The entire movie is held together by his act, without any doubt. The rest of the actors like Benerjee and others have terrible roles in creating an impression. Sathya never gets going and comes across as uninterested.

The music by Naresh Kumaran is weak, and it doesn’t help the narrative in any way. The songs add to the length besides acting as speed breakers. The cinematography by Yesu P is decent, considering the effort put in by other departments. The editing is neat without any flashiness. The writing is downright silly.

Parts Of the Ending

Wafer Thin Story  For a biggie.