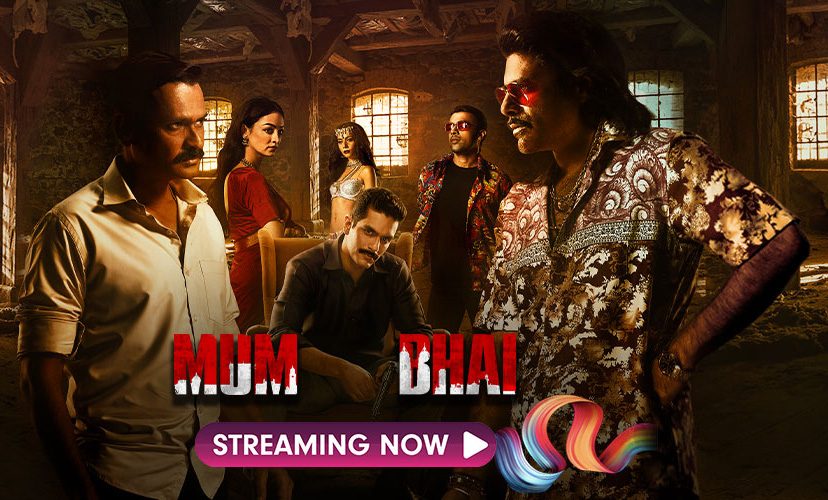 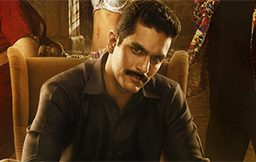 ZEE5 and ALTBalaji’s latest crime saga Mum Bhai is essentially the story of a rising police officer of the Mumbai police force, who falls prey to the lure of blinding fame, fast money and easy sex.

Bhaskar Shetty is a young lad from the tiny town of Belawadi, Karnataka. He gets into trouble with the authorities at school, and his widowed mother packs him off to Bombay, to be taken under the wings of family friend, Rama Shetty (Sikander Kher). Rama is a man from the same village, and lives the life of a petty criminal in Mumbai.

During the daytime, Bhaskar works at an eatery owned by Rama’s friend; and in his free time, he furthers his education. The grown-up Bhaskar (Angad Bedi) puts himself through the training required to get into the Mumbai police; and succeeds. Soon, he impresses the tough encounter specialist of the police force, Karekar (Sameer Dharmadhikari), and gets into his specialist team.

As Bhaskar goes about cleaning up Bombay’s streets of gangsters and gang wars, and gains fame as the ‘encounter specialist’, he gets caught up in the web of greed and vice. On the other side of the law, Rama Shetty too has risen up the ranks to become the most formidable don in the city. Bhaskar’s meteoric rise becomes the cause of his own downfall. Will he be able to brush off the setbacks and return to the top of his game?

The story of Mum Bhai is loosely based on the real-life Mumbai police encounter specialist, Daya Nayak. Major incidents and events of Daya’s life have been incorporated into the story of Mum Bhai. The screenplay of the 12-episode series is written by Apoorva Lakhia, Chintan Gandhi, Raj Vasant and Chintan Shah. Mum Bhai is directed by Akshay Choubey, and produced by Shobha and Ekta Kapoor. 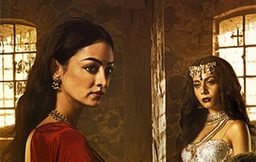 Angad Bedi and Sikander Kher are the life and soul of Mum Bhai. Both have put in excellent performances – they get the Mangalorean accent perfect to a T, as also the body language. Sameer Dharmadhikari is solid as Karekar; so is Sandeepa Dhar, as Bhaskar Shetty’s tough-as-nails partner cum wife, Vaishnavi. The rest of the cast is average. Sunny Hinduja is wasted in the minuscule role of Dubai-based underworld don, Zaheer. Vishwas Kini has a sketchy part as the journalist Nitin Shirodkar. His Shirodkar is less journalist and more shady extortionist. Sketchy role apart, Kini seems like a duck out of water in the part.

A special mention of Sharad Kelkar and his narration skills is essential here. Kelkar is omnipresent in the series through his narrator part, and despite not being seen, he grabs our attention and holds it completely. 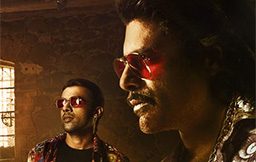 Mum Bhai is a series that can best be described as a good opportunity squandered by an ill-conceived, haphazard plot. Daya Nayak’s life and exploits have been chronicled on film several times, but none as thrillingly as Nana Patekar’s Ab Tak Chhappan, almost two decades ago. Although it had taken a lot of cinematic and fictional liberties in its recounting of Daya Nayak’s story.

Since then, a lot more water has passed under the bridge of Nayak’s life story. It is a tale worth telling, and worth telling well. It has immense potential to be a hit in the series format — provided it is done right.

Sadly, Mum Bhai is not that story or that series. Though it sticks very close to Daya Nayak’s real life story, it struggles with authenticity issues – authenticity of period, details and plot. The narrative oscillates between 1986, 1994, 1998 and 2004. Though the non-linear style of filmmaking works well for the series, it causes the writers to falter in sticking to the details of a particular time period. For instance, mobile phones are shown to be used in 1994, when in reality, the first mobile call in India was made only in 1995.

Other than the obvious authenticity issues, Mum Bhai also suffers due to a haphazardly written plot. Why does Bhaskar Shetty go down the route of corruption, extortion of protection money from builders and filmmakers, and devious means of rising to the top? We are never made privy to any of these pressing questions.

Secondly, despite Bhaskar Shetty being the obvious protagonist of the show, one never feels invested in his character – mostly because of the overwhelmingly negative traits of his character. There is not a single redeeming factor in his personality. His pompous attitude, arrogance and lack of moral integrity makes one want to sock him in the face. Heck, he even sleeps with the sleazy prostitute, right on his own wedding day.

In contrast, Rama Shetty’s is a far more likeable character. Mum Bhai is watchable only till he’s around. Additionally, a few plot twists could have worked to make the series and its thrill element better. As of now, none is worth being described as a sharp twist or stunning turn in the plot. Priyank Sharma’s truth could have been kept in suspense instead of revealing right away who he is and what he is after.

A significant gaffe is Sharad Kelkar’s narration – a major oversight on the part of the writers. The narration keeps giving away crucial spoilers, and so we always know what’s gonna happen next – which is a major letdown, from any angle. Another thing that gets on one’s nerves is the meaningless sex scenes in the series. There are lots of those – all long-drawn, and all tacky. Either do them well, or don’t do them at all — why lower the quality of the final product with the sub-standard add-ons.

Yet, Mum Bhai has its good bits too. The short 22-25 minute episodes are pacy and go by in a jiffy. At no point in the series does the story drag or beat about the bush, a fault that is rampant in the best of Indian shows. Things happen quickly and they take place at a fast clip.

Mum Bhai has closed at a major cliffhanger. The writers and director would do well to keep the aforementioned in mind and make a better Season 2. The series has potential, and nothing is worse than potential wasted. 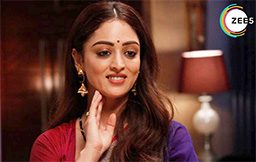 The background score of Mum Bhai is fine as it is. The overly provocative music in the long-drawn sex scenes could have been made more refined and sophisticated, maybe.

The camera work is a bit on the shoddier side. Better cinematography would have added nuance to the storytelling. The editing is average.

The no-drag fast pace of the show

Obvious loopholes in the storytelling

Tacky sex scenes, stuffed into the story solely to titillate

Not completely, but I did not hate it either

Maybe as a one-time watch, if only to become acquainted with Daya Nayak’s real life story