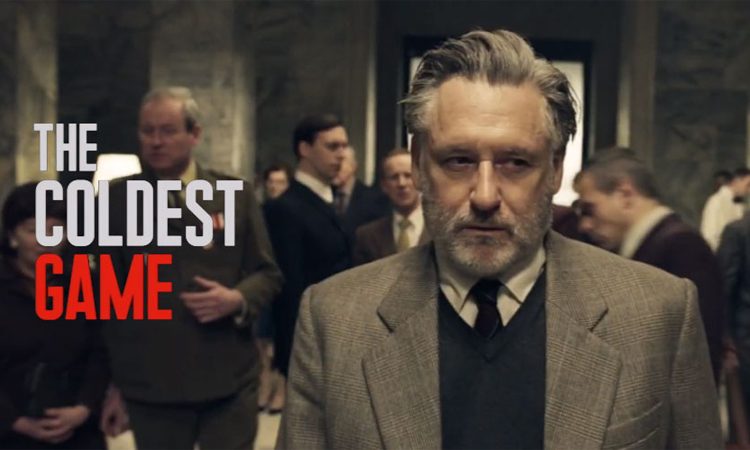 Set in the cold war era, a troubled genius, Joshua Mansky (Bill Pullman) is roped in as a last-minute replacement for an International Chess Championship between America and USSR. The ‘Game’ serves as the face of a potential nuclear war planned in the background. How Joshua acts as a spy and brings vital information that could alter history is what the movie is all about? 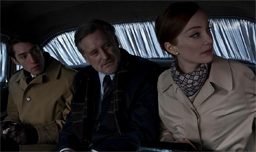 Bill Pullman is terrific in the role of Joshua Mansky. He portrays the various complexities of the character well, without ever coming across as trying too hard. He is given ample scope in the story to show different emotions, and that helps one relate with Joshua further.

Lukasz Kosmicki directs the spy thriller which is set in the cold war era with the Cuban Missile crisis as the plot. Multiple films have been made in this space. What separates The Coldest Game from others of the game of Chess as the setting for all the thrills.

The basic premise is interesting, no doubt, but it is not handled in a crisply. A lot is happening, and it takes time to get used to the proceedings despite the short length. The opening act especially might be very taxing for those who want to be involved in the narrative quickly.

Things get better narratively as it progresses. But that is where the clichés start to show up. Some of the characters look very typical of the space. It leads to a few sequences being predictable. The ‘Agent Stone’ and mole track, for example. However, the way it finally is revealed is neatly done. 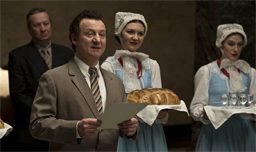 It brings us to the final act, which is the best and the most engaging part of the movie. We are engrossed in the narrative despite the predictability on offer. The last half an hour is gripping and neatly done. The traces of muddled narrative are still there, but the overall drama and the thrills make up for it.

Overall, for the loves of spy and thriller movies, The Coldest Game offers a fresh perspective. It has enough engaging moments to make it a decent watch. A crisp and clean narrative could have made it a far better outing.

Apart from Bill Pullman, The Coldest Game has only one actor who gets a well-defined part. It is that of Robert Wieckiewicz as the director of the Palace of Cultural and Science. Together they bring the much needed, calmer and lighter sequences in the movie. It also offers some backstory to their action, which further helps the movie.

Among the rest, most are caricaturish portrayals but are effectively portrayed nonetheless. Aleksey Serebryakov, as the Russian General, hits all the required notes to get the terrifying presence across. The rest are apt for their roles, however small they are in the overall scheme of things.

The background score by Lukasz Targosz is adequate for the proceedings. The cinematography by Pawel Edelman is neat and captures the bleak atmosphere and the period set up well. The editing by the trio, Robert Gryka, Wolfgang Weigl and Krzysztof Arszennik could have been better. There is a feeling of unevenness at times. The writing is par for course for a spy thriller.