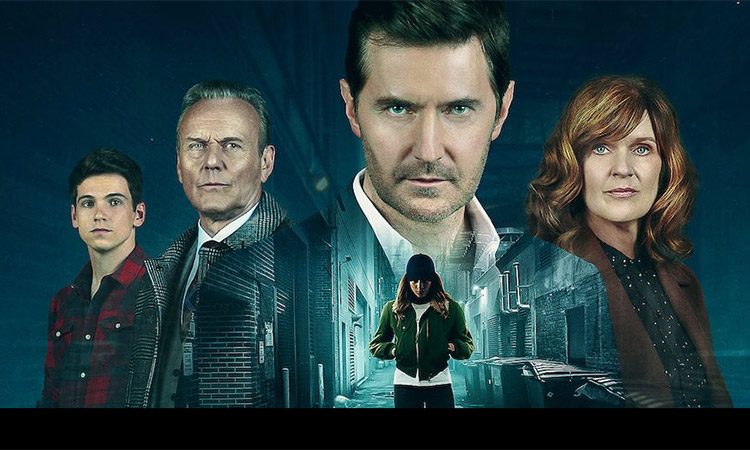 BOTTOM LINE: A Riveting Thriller Worthy of Your Time

An advocate Adam Price, his wife Corrine (a teacher) and two teenage sons are a happy lot living in a sleepy suburb in the UK, until a potentially marriage-breaking revelation from a stranger turns their world upside down. Adam Price develops trust issues with his better half, after the latter admits to faking her pregnancy in the past. Suddenly, she goes missing and sends a suspicious message about a brief sabbatical and her need for some ‘me-time’.

That’s not all, a severely injured student of her school is found near the woods, and his health condition seems shaky. Corrine is blamed for misusing her authority in the school for her monetary gains. A mother in another part of a town discovers a scary truth about her college-going daughter. A bride’s marriage is in doldrums after a revenge-porn video from her ex goes viral. A former cop is particular about not parting with his home, despite a lucrative deal from a real estate monarch.

The only common link appears to be a stranger. How do their lives collide? 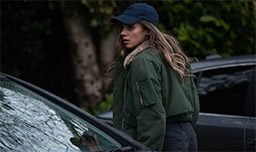 Richard Armitage as Adam Price gets one of the most well-written roles in a web show in the recent times. From growing up in a dysfunctional family with a non-committal father to rising up at the need of the hour for their kids and being a flawed husband, the character’s journey has many moments to unleash the performer in an actor and the male lead makes good use of the same. There’s just the right composure, intensity in him to take the story forward.

Siobhan Finneran in the shoes of a cop, who realises that her equation with a female friend is blossoming into something more than friendship and later has to deal with the loss of a loved one, has an intriguing arc to explore her acting range. Hannah John-Kamen, as a millennial who cares for her loved ones and wouldn’t mind stooping to any low to make her ends meet, brings in a sense of style and nonchalance to her role. Jennifer Saunders, Shaun Dooley, Dervla Kirwan are among many other actors in the lead actors to have done justice to their well-defined characters. 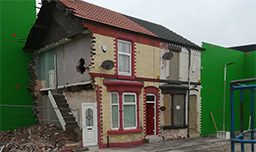 The Stranger is a riveting, layered thriller that’s incredibly effective in letting the viewer play the guessing game. The sharp edits make sure you don’t realise its six-hour length. At its heart, the show is a relationship drama, partially reminding you of Dr Foster for its attempt to weave a thriller out of an internal crisis within a family. There are multiple subplots, numerous characters entangled in a mess, literally commanding a spectator’s attention if she/he were to connect the dots.

The show is particularly effective in creating a tense atmosphere wherein a viewer too, alike the protagonist, is made to realise the dangers of a data-driven future, where privacy seems a far-fetched possibility and could be a money-making prospect for many. Interestingly, no character is treated like saint in the series, even though you see the story through the eyes of its protagonist Adam Price. The backstories of most characters make you identify with them at several instances despite their flaws.

The parallels among the characters warrant a mention – for every sincere cop, there’s a corrupt one. For every responsible, morally upright father, there’s a dad who fails to have a sense of good and bad when it comes to their family. There’s a psychologically troubled mother trying to poison her daughter, while her counterpart can’t live without her kids. The balance is perfect.

The fragility of human relationships is the focus-point of the show. While most of the conflicted characters appear to be the men, the female characters don’t get a raw deal either. In fact, most women are presented as the symbol of strength –the no-nonsense police officer, the working woman balancing work and family, the stranger driven by a firm motive and another mother who could go to any lengths to protect her daughter. Although the show is largely screenplay-driven, unlike most series in this genre, its emotional depth lends it an edge.

This ticks all the must-haves one expects from a worthy show – diverse characters, solid conflicts, strong emotions and effective twists. The action sequences and chases amid a variety of backdrops are adrenaline pumping, the vulnerability factor is played up well. Though one would have foreseen a logical ending to the story, it’s fascinating to see how the directors tie up all the loose ends with an emotional reasoning.

The sequences where the father stands up for his kids at the soccer ground are enough to show the sincerity in the making. The rarely explored father-son bond across various generations and characters add freshness to the storytelling. The scope for a second season seems very less as of now, unless the makers are confident of building another universe as complex as this.

Even a solid thriller can seem nearly listless without a riveting background score and looks like the brains The Stranger have taken that into account. The intensity in the show comes through significantly through its trippy soundtrack that manages to keep a viewer on tenterhooks.

The cinematography, the nuanced writing and sharp dialogue integrate into a layered show that in fact overwhelms you with the amount of activity on the screen. The makers appear to have done a decent job in retaining the soul of the original book while translating it into a screenplay.