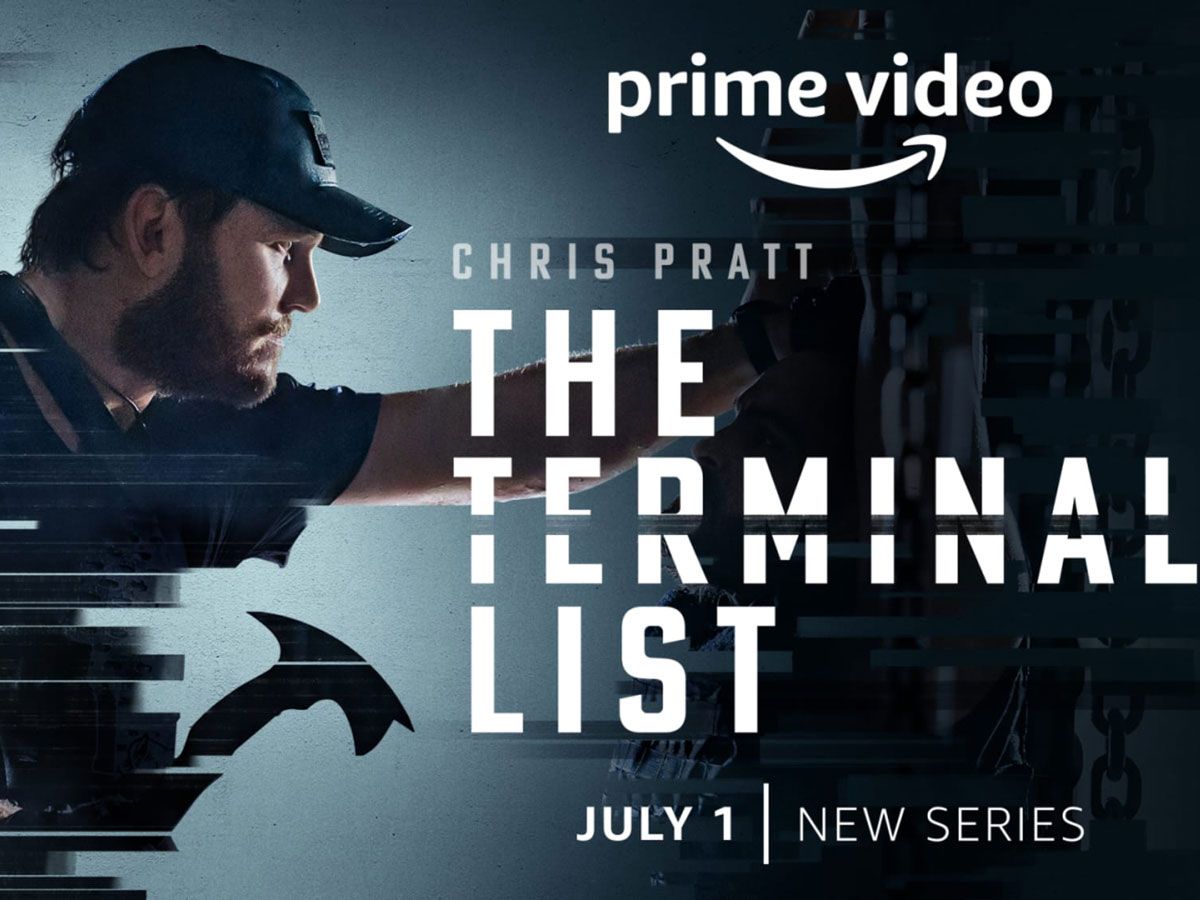 Skin N Swear: No skin; a bit of swearing; loads of graphic scenes of brutal violence

‘The Terminal List’ on Prime Video is a conspiracy thriller series featuring Chris Pratt as James Reece, a highly-trained Navy SEAL who is devastated when his platoon of SEALs is ambushed in a high-stakes mission in Syria. Reece is the only one who survives the ambush. Once back home, Reece ponders over his conflicting memories of the event. Soon, he realises that something was not right about the whole operation. Before he can act on his suspicions, another devastating event puts him on the warpath of revenge and retribution.

The Terminal List is an adaptation of Jack Carr’s bestselling novel of the same name. It is directed by Antoine Fuqua & written by David DiGilio.

Chris Pratt is at his gravest best in The Terminal List. He seems to have bulked up to play James Reece, which lends credibility to his performance. Chris Pratt is eminently watchable as a determined, seemingly invincible fighter, though at times you wish he had infused a bit more fervor into his portrayal of an anguished and wronged patriot.

The Terminal List follows a predictable track through most of the narrative. The storyline is corny and time-worn, sticking to the run-of-the-mill template of the classic conspiracy and revenge thriller. The Terminal List doesn’t set out to reinvent the wheel by any means. Its primary motive is to engage and entertain the viewer, which it does to a certain extent.

Twists in the tale come fast and thick, with consistent regularity. It’s another matter that thriller enthusiasts will be able to spot most twists from a mile away. The story is also curiously devoid of too much sentiment and feeling. Most times, the narrative comes off as dispassionate — weird, considering all the devastation and destruction contained in the plot. The same stands true for Chris Pratt’s portrayal of James Reece – it is dispassionate and stripped of emotion.

Despite all the aforementioned glaring drawbacks in the writing, execution and narrative of The Terminal List, it compels you to keep watching – right till the end of the overly-long eight episodes of the series. The credit for that goes to the fast-paced storytelling and the tight grip on the proceedings that are not allowed to meander too much or too often (except for the unnecessary, repetitive, and way too many flashbacks)./

But more than that, it is the inherent tendency of humans to revel in the voyeuristic pleasure of watching unbridled violence and gore on screen. Yes, the violence and gore are most definitely a hook to keep audiences glued to the screen. James Reece finds new and innovative means to make each of his tormentors suffer. One sequence is particularly disturbing and “gut-wrenching”. And we stick around to find out how each name on his “list” will meet its end.

Reece also conjures up inventive ways to outwit the lawmen hot on his heels. Adding to all of it is the allure of the classic David Vs Goliath battle and the triumph of the underdog premise, and you can bet that most thriller enthusiasts will stick with the show till the end.

That aside, the twists in the plot are quite amateurish and banal. The final twist is incredulous and hard-to-believe, given the circumstances of the plot. Saying more than this will be giving away spoilers, so we leave it at that. Another thing that rankles in The Terminal List is that it also has no ‘wow’ moments in its entire eight-hour runtime – not a single shot or sequence that will make you go “whoa!”.

To sum it up, The Terminal List is quite predictable, and follows a done-to-death template. But it is entertaining and engaging in an old-school way, which is what watching a show is about for action junkies.

Ruth Barrett’s musical score for The Terminal List is on-point and imbues the storytelling with the precise notes of enigmatic and ominous as needed. Armando Salas and Evans Brown’s cinematography is eye-catching, especially the top aerial shots. The editing crew is in fine form in The Terminal List.

Too many unnecessary flashbacks drag the story down

I found it average

Only to violence and conspiracy thriller junkies