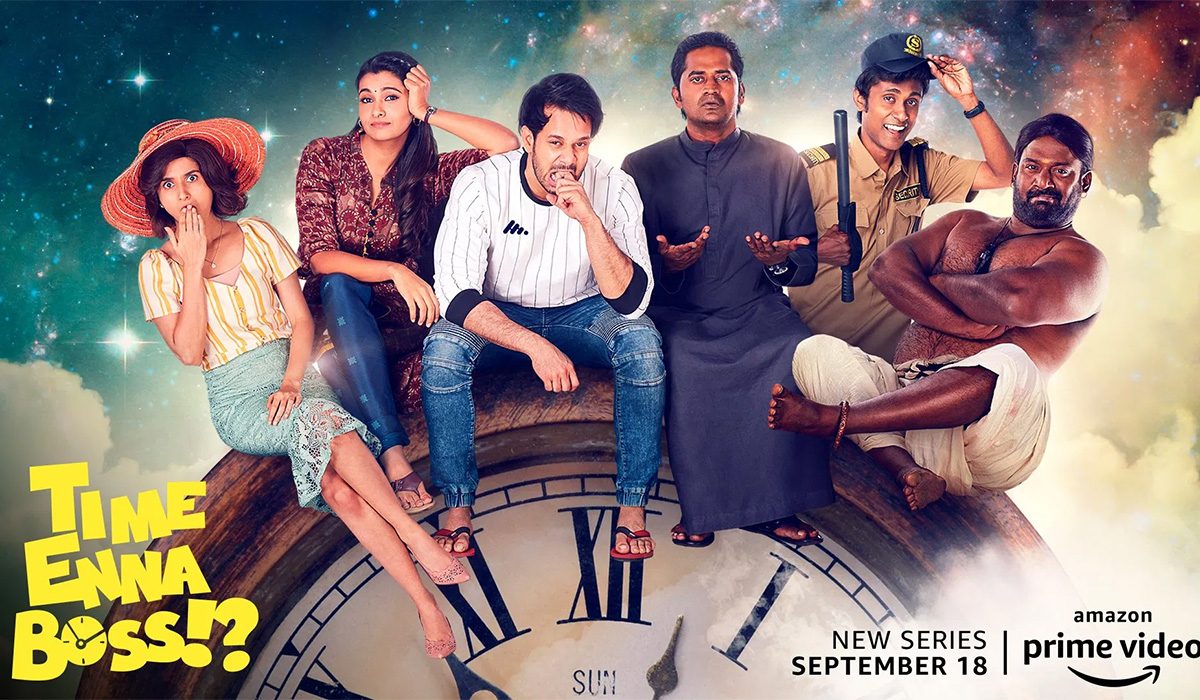 BOTTOM LINE: A Boring And Below Par Sitcom With An Intriguing Central Idea

Bala (Bharath) is your typical IT guy who has recently moved to a new apartment. He is now ready to live the life to fullest as his family members are all set to move back to their native places. Just when he thinks he is all by himself, he has four uninvited guests in his apartments from four different eras.

The funny escapades of these five unlikely mates under a roof are what Time Enna Boss is all about? 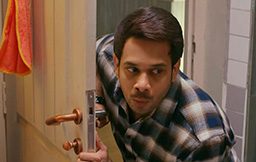 Bharath as Bala looks refreshing after a while. He sheds his bloated appearance and seems chilled out throughout the show. His lack of strain and effort to do something intense or massy helps the narrative.

Strictly from the acting point of view, nothing is challenging here. It is a lightweight role in a funny satirical series, and Bharath does his part well. There is nothing out of the blue or memorable apart from the presentation. 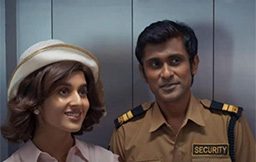 Subu directs the series which comprises of a unique premise involving time travel. It is fitted into a sitcom style from the interiors to the laugh track, and characterizations etc.

The first and foremost thing that grabs the attention is the whacky idea and presentation. Time Enna Boss offers something unique and different in terms of the characters and the basic story premise.  Unfortunately, that is its only stand out point apart from few bits of satirical humour.

The narrative never takes off. Right from the beginning, the oddity continues in that vein without making any memorable impact. There are a few funny bits in between, but they don’t deliver as a whole. 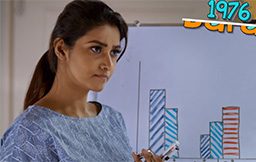 With series like these which take on random topics and moments to deliver fun through whacky moments, invisible chemistry and bond must be felt with the characters. It all must come together to create an impact in the end, but it doesn’t happen. The effort is visible towards the final episodes, but it is a lost cause by that time.

Time Enna Boss feels too gimmicky and wannabe, which is trying too hard to be subtle and yet it is also in your face. There are many subtle jokes which get repeated, making one feel as if the makers felt the audience would not get it and needs repetition to register.

Overall, Time Enna Boss feels like a waste of time, even in the short run time of each episode. The forced humour doesn’t work, and the narrative never gets going. Skip it to save you time.

Priya Bhavani Shankar, Sanjana Sarathy, Karunakaran and Robo Shankar plays roommates with unique characters from a different period. Their uniqueness is, however, not appropriately explored. 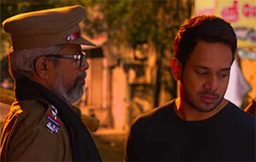 Priya Bhavani Shankar and Sanjana Sarathy look lovely and presented well. The former has a better part, which is poorly written. The latter is poor on both the counts. They do fit the roles well, which gives some hope initially. However, one soon realizes it is a futile exercise.

Karunakaran and Robo Shankar have better memorable parts instead of the females. They also belong to the stereotypes, but give a sense of clarity. It is what is missing with the roles of Priya Bhavani Shankar and Sanjana Sarathy.

Among the rest, Alexandar Babu easily impresses as the watchman of the apartment. The rest are okay to forgettable with their small roles.

Technically the series looks slick for digital production. The makers have got the sitcom vibe right. The background score, the editing, and the cinematography are adept and adequate to get the look and feel. If only the content too had that depth and bite. The writing is where it is let down. The zany humour doesn’t translate that well on screen. Some satirical comedy in on point, though.