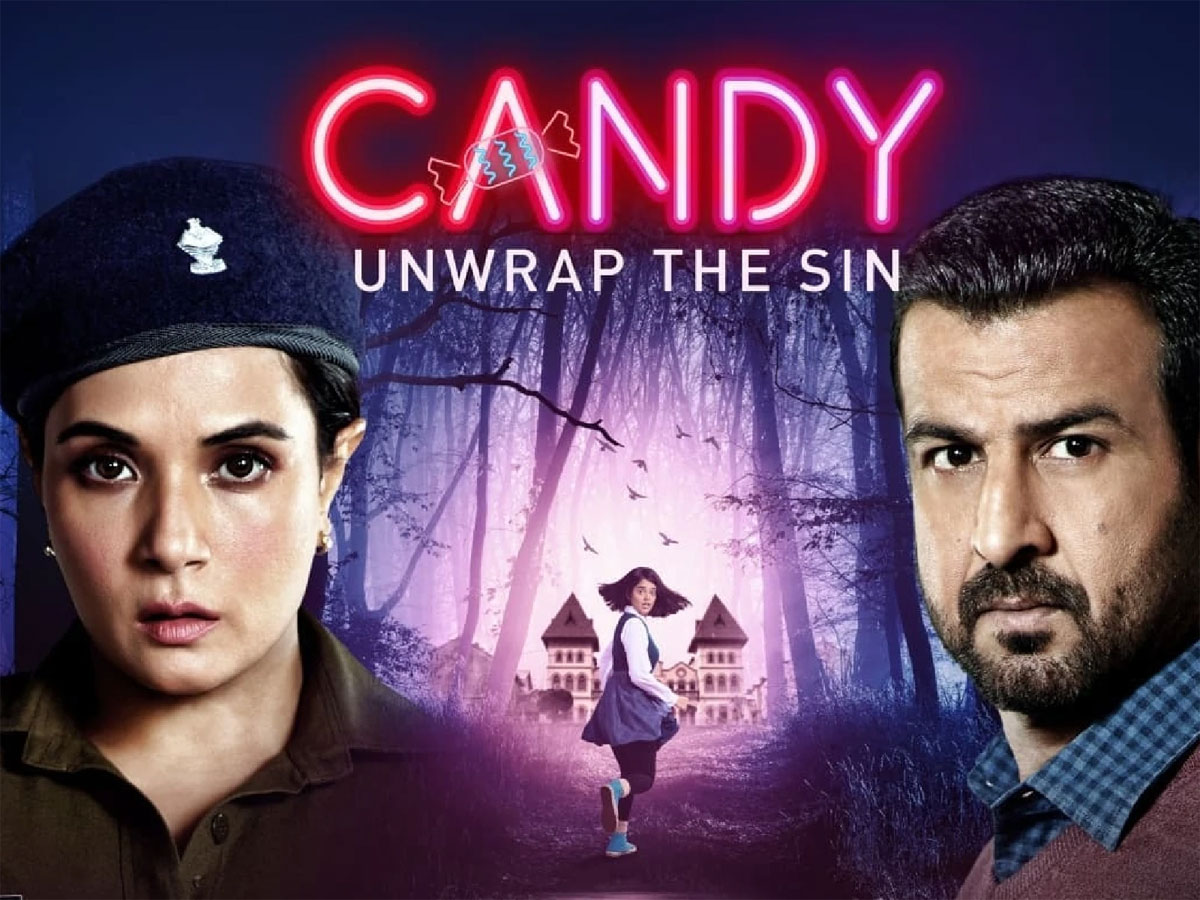 Jayant Parekh (Ronit Roy) and his wife are struggling to come out from a personal tragedy. Unfortunately, they are greeted with more at Rudrakund, a hill station. A boy, Mehul, is murdered by a demon that is locally known as Masaan.

Ratna Sankhawar is the local police investigating the case. Money Ranaut, the local MLA and his son Vayu Ranaut are under the scanner due to their drug business. Did Jayant and Ratna find out the mystery of Maasan is the basic premise of Candy.

Ronit Roy is sincere and superb playing the role of Jayant Parekh. The character is neatly written with many layers to it. He is weak and soft due to the tragic look of his daughter. When the situation arises, Jayant is stubborn and gets things done. An emotional husband and caring guardian teacher always look after his wife and students. The actor conveys multiple shades with a lot of intensity. The anger and the fear and helplessness are palpable. It is one of the better acts in recent times.

Ashish R Shukla directs Candy. He has previously worked on Undekhi was also set in a hill station location and dealing with a thriller and investigative angle. Candy is an improvement over it as he gets right the parts that went haywire in Undekhi.

The series takes time to get going. The opening episode, in particular, is slow and gives a rushed feeling. There is a hurried quality to the proceedings. The narrative gets better as we move forward.

The combining of emotional drama and thriller elements is what works best in Candy. The former works well from the start and is neatly integrated with the thriller parts. The proceedings are engaging as a result.

The different tracks involving Jayant, Ratna, the students, and Money Ranaut blended adequately to take the proceedings forward. Barring a few moments incorporated for character development which seems unnecessary, everything else is fine.

The drama and thrills move forward in equal measures. There is a significant build-up to Masaan, but its reality is slowly revealed from time to time. It is timed perfectly so that an over-expectation is not created for the final reveal. And when it arrives, it lands perfectly. One can guess it a little earlier if they are cued with the proceedings, though, which might disappoint a few.

As mentioned at the start, the director had previously made a near mess with the end in his debut series. He avoids that mistake here and keeps things simpler and tighter. They are neatly linked with many bits shown earlier.

However, we have another sort of problem here. There are inconsistencies in character development for a couple of parts. They are felt mainly due to the twists. Further explaining would be akin to providing spoilers and spoiling the fun. But, it should be said that their entire trajectory changes which highlight the inconsistency in the ‘character arc’.

The pre-climax and climax are good if one were to ignore the inconsistencies mentioned above. The ending leaves us with scope for the new season. However, it is not a cliff-hanger, so one can watch the series and not wait for the second.

Overall, Candy starts slowly and predictably with drugs in campus kind of thriller. But, it gets better and gripping as it progresses and ends on a high with a neat closure. Give it a try for sure if you like thrillers, but be mindful of the expectations.

for justice but shows a turnaround. It is a typical hero part done by her. She nails the attitude and emotion well.

Nakul Roshan Sahadev and Manu Rishi Chadha is perfect in their respective roles. The former is a show-stealer at times playing the son of the powerful person in the town. His body language and attitude are copybook flawed but good at heart guy. Manu Rishi Chadha is good playing the typical bad politician ruling a city. Gopal Dutt, Vijayakanth Kohli, Riddhi Kumar and others are apt for their respective roles. Anju Alva Naik shines in one particular scene coming to the defence of her husband. The rest are fine, even in smaller parts.

The background score by Neel Adhikari is good. Even when the pace is slow, the background score comes to the rescue by giving a racy feel. The cinematography by Faraz Alam is lovely. The whole series consists of a dreamy, picturesque look. Sometimes one feels if it’s overdone and distracting the narrative, too. The editing by Bodhaditya Banerjee is fine. The writing is okay for the most part.

Yes, But With Slight Reservation