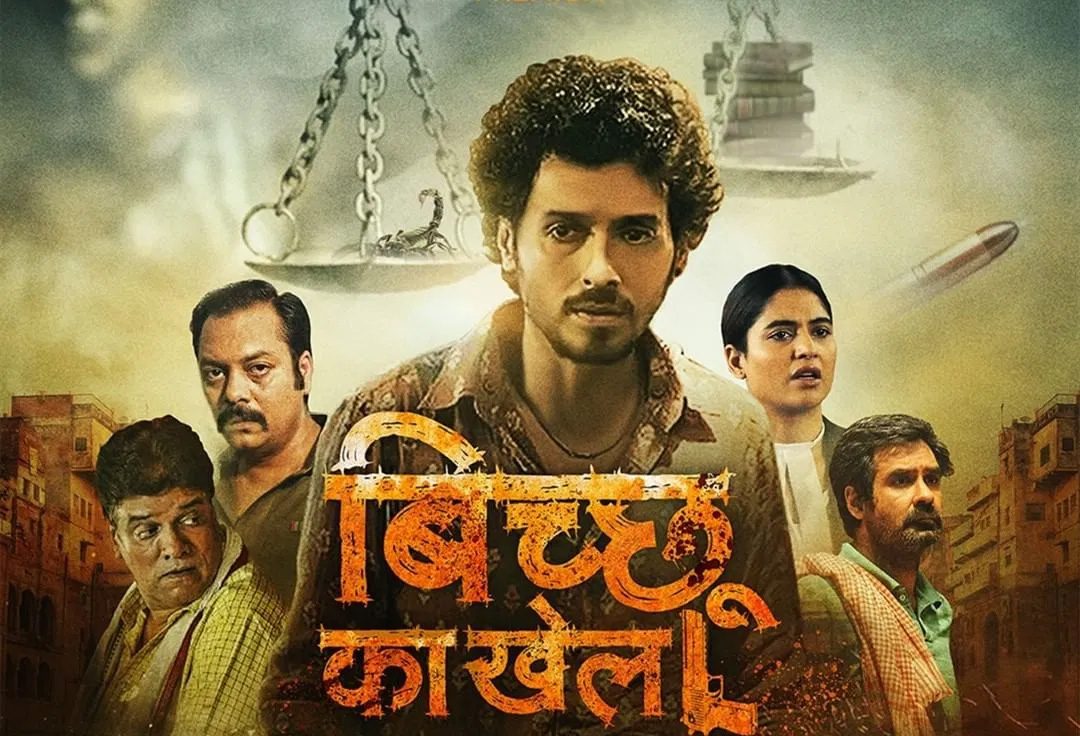 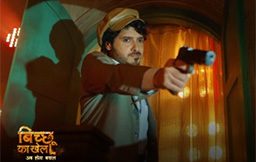 ALTBalaji and ZEE5’s latest collaboration Bicchoo Ka Khel is a story of crime, revenge and retribution, set in the backdrop of Benares city. It is directed by Ashish Shukla, produced by Shobha and Ekta Kapoor, and written by Ghalib Asad Bhopali & Gibran Noorani.

Akhil Shrivastava (Divyenndu) is a young aspiring writer, who has to work in a sweet shop due to his father Babu’s (Mukul Chaddha) precarious financial situation. Akhil is in love with Rashmi (Anshul Chauhan), the daughter of a prominent city lawyer, Anil Chaubey (Satyajit Sharma). Akhil and his father get caught in a web of deceit and deception, hatched by Anil Chaubey, and his business partners Munna (Gautam Babbar) and Goldie (Abhishek Chauhan). Babu is murdered in police custody by unknown assailants, spurring Akhil to get to the bottom of the whole affair, expose the culprits, and most important of all – get revenge for his father’s murder.

Bicchoo Ka Khel is Divyenndu‘s game all the way. The actor is perfectly cast as the badass Akhil. His cheek and chutzpah steals the show. He doesn’t strike a single false note in his portrayal of a guy hell bent on revenge.

Syed Zeeshan Quadri puts in an assured portrayal as police officer Nikunj Pandey. He brings the much-needed comic element to the narrative. Abhishek Chauhan is good in some as he’s been in his recent outings, Cubicles, Undekhi and Bahut Hua Samman. The grey shades to his character showcase his versatility.

Anshul Chauhan is eminently watchable as Rashmi. Rajesh Sharma is dependable as ever as Mukesh Choubey, Anil Choubey’s elder brother and the one with an axe to grind. The rest of the cast lends commendable support. 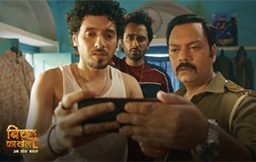 Bicchoo Ka Khel reminds one of another ALTBalaji show Apharan, which had released on the platform two years ago. The treatment of the story and setting of both are strikingly similar. Just like Apharan before it, Bicchoo Ka Khel draws inspiration from the crime capers of the eighties. The heavy reliance on eighties’ R D Burman numbers to infuse verve and vivacity into the story is quite similar to Apharan too.

That said, Bicchoo Ka Khel starts off quite well, hooking us to the story with an interesting plot and whistle-worthy dialogues. The crazy AF dialogues sound credible and fun when spouted by Divyenndu, in his trademark slick and smooth style – a style everyone has come to expect from him after his hit stint in Mirzapur and its sequel, Mirzapur 2. We have to admit that the first few episodes of the series are very good. They keep the viewer engaged and invested in the story and its protagonists. Again, credit for the same must go to Divyenndu’s compelling performing abilities.

The short, crisp runtime of the episodes, along with the fast-paced storytelling is a facet of the show that works in its favour. The narrative doesn’t drag needlessly, boring one to tears. This is one aspect of Bicchoo Ka Khel that is worth appreciating.

But after the first few episodes, and just as one is convinced that Bicchoo Ka Khel is a winner from ZEE5 and ALTBalaji, the show suddenly takes a nosedive and goes into a freefall of sorts. The plot gets more and more hackneyed as the story progresses; the characters become dull and dreary; and the story staggers and stumbles to the finishing line. The climax is particularly underwhelming. The Benares to Beijing plot that seems so compelling at first fizzles out like a faulty firecracker towards the end.

Bicchoo Ka Khel suffers from several foibles, most significant of which is its patchy writing. The poorly written screenplay puts paid to all of the work put in by the actors, to lift the series from the doldrums of mediocrity. In an obvious effort to appear intelligent and suspenseful, the story spreads itself too thin — so thin that it ends up tattered and in shreds.

Murders take place at the rate of one per episode, while the needle of suspicion teeters wildly between the sundry characters that populate the narrative. Which would be a good thing going for the story — if only it was done right. The writers of Bicchoo Ka Khel seem to be a confused lot, going by the needlessness of the first murder that takes place, right at the start of the show — that of Anil Chaubey. And as the story progresses, it becomes increasingly clear that the narrative, like its writers, has lost the plot.

Finally, Bicchoo Ka Khel ends up as a show that taxies well, only to fall flat on its face when it attempts to take flight. End result – it is a show that entertains in parts, but leaves you with a feeling of overwhelming disappointment. 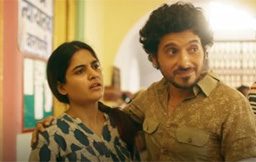 The music of the series is replete with popular R D Burman numbers of the eighties. For that reason alone, it is peppy and upbeat. The title song sounds good in the beginning, but starts to get on your nerves because of the overkill — it plays several times in each episode, which is a few times too many, if you ask us.

The cinematography by Sunil Pillai is good. It is one of the better elements of Bicchoo Ka Khel. He has captured the essence of Benares city well, along with its quirky nuances – the flowing, rippling Ganga; the bodies burning on the river Ghats; the rustic sights and sounds – all of it is captured well. 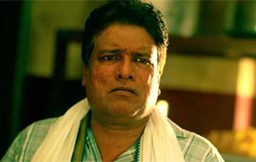 The short, crisp runtime of the episodes

Starts well, with an interesting plot

Fails to leverage the interesting start