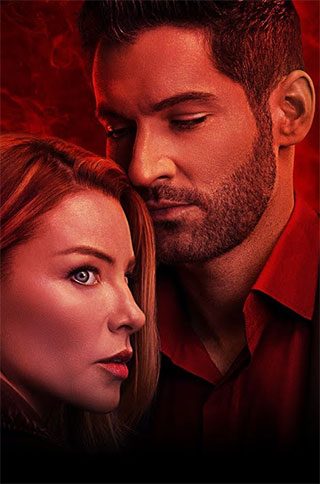 Lucifer is finally back and the trailer for the upcoming part 2 of season 5 has made it all the more interesting. With a cliff-hanger of an ending at the end of part 1 of season 5 which showed Lucifer, Amenadiel and Michael’s father, God revealing himself on Earth for the first time in this TV series, we expect an action packed and funny second half to the season. Check out the trailer at the end of this write-up.

Lucifer Morningstar AKA The Fallen Angel has had enough of being the dutiful servant of maintaining order in Hell and decides to go to Earth to better understand humanity. He settles down in Los Angeles – The City of Angels. Being the Devil himself, Lucifer has powers of mortal beings, but on meeting Detective Chloe Decker, he finds out that she is immune to his powers and being near her makes him vulnerable to mortal death. Fascinated, Lucifer decides to stick around and find out about her origins and how she came to resist Lucifer’s powers.

Based on characters created for DC Comics’ Vertigo by Neil Gaiman, Sam Kieth and Mike Dringenberg.

Avijatrik Trailer: A Tribute To Satyajit Ray & The Golden Age Of Cinema

Jesse Williams Is Finally Set To Bid Adieu To Grey’s Anatomy After 12 Years!

I Am All Girls